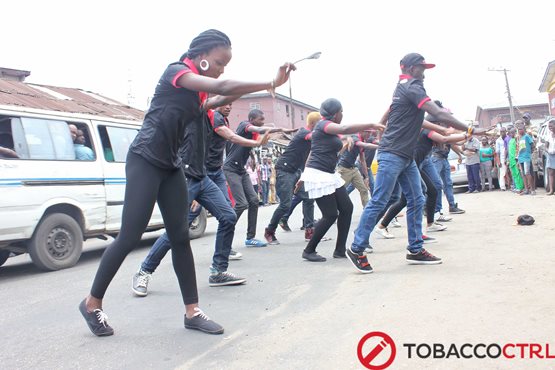 Tobacco Control Nigeria is a public health and policy change campaign project using Social Media to advance tobacco control and support the passage of a comprehensive Tobacco Control (TC) law compliant with the World Health Organization’s Framework Convention on Tobacco Control (FCTC).
On Saturday August 17th 2013, with the use of dance and drama performed by university students and a music artist named Vocal Slender, the group began the launch activities of its social media campaign holding crowds bound with its message on the streets of Ajegunle in Lagos. Continue… 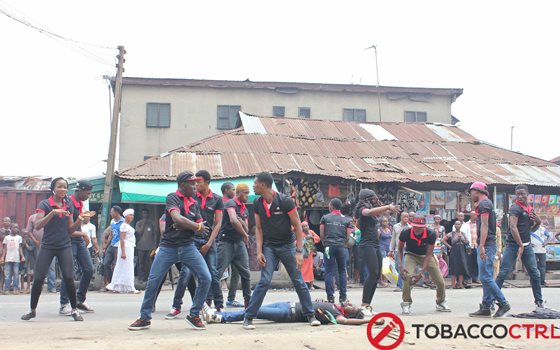 The launch activities continued on Monday 19th August 2013 with quiz, competitions and giveaways on twitter and Facebook.
FLASH MOB VIDEO: http://www.youtube.com/watch?v=trMLCOKewBc
Wednesday 21st August, the official website of the campaign was launched alongside the tobacco dodge game and SMS shortcode. During the activities of the launch, the representative of Campaign for Tobacco Free Kids, Mrs Hilda Ochefu stated that “Smokers are victims and are not bad people, we have a responsibility to educate them and urge them to quit”. Mr. Phillip Jakpor, representing Mr. Bode Oluwafemi, Director, Environmental Rights Action (ERA), also lauded the launch of the Tobacco Control Nigeria Social Media Campaign, saying that health must be prioritized over revenue.
“600,000 people are dying annually from second hand smoking” therefore efforts are being made to ensure that the Federal Government signs the bill into law by December 2013.”
The Tobacco Control Social Media Campaign according to Tope Ogundipe, the Chief Operating Officer of Paradigm Initiative Nigeria, can be joined on Facebook at www.facebook.com/tobaccoctrl, on twitter at www.twitter.com/tobaccoctrl and on google plus at www.gplusid.com/tobaccoctrl.
The tobacco dodge game can be played on www.tobaccoctrl.ng/game 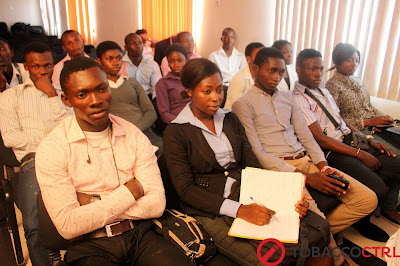 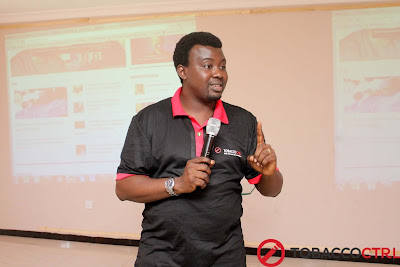 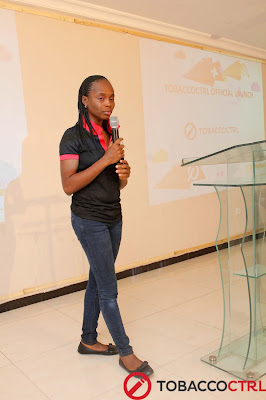 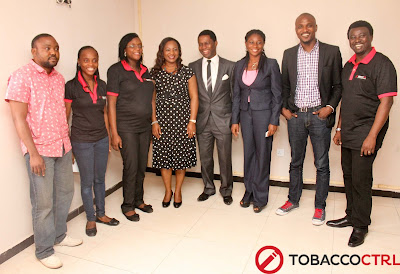 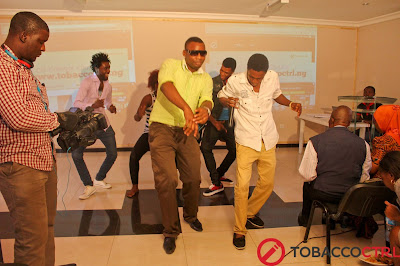 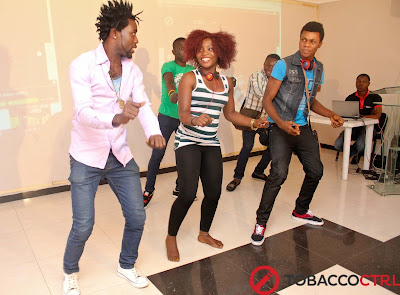