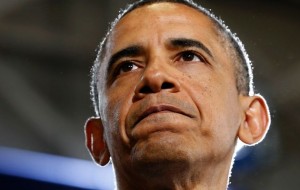 US President Barack Obama is vowing that American retaliation for Syrian chemical weapons use would send a “strong signal,” as US intelligence officials readied briefings for Congress on evidence aimed at linking last week’s attack to President Bashar Assad’s government.

But even as the US moves closer to possible military action, new hurdles appear to be slowing the formation of an international coalition to undertake military action. And questions remain about the strength of the case against Assad.

Russia blocked British efforts to seek a force resolution at the United Nations. British Prime Minister David Cameron said his country would hold off on joining any military efforts until a UN chemical weapons inspection team releases its findings – a step that is unlikely to happen until next week.

Still, the Obama administration vowed to take action even without the backing of allies or the UN The president said that while he had not settled on a response to last week’s purported chemical weapons attack near Damascus, he said the US has concluded that Assad’s regime perpetrated the attack, which killed at least 100 Syrians.

“And if that’s so,” Obama said during an interview with NewsHour on PBS, “then there need to be international consequences.”

Obama did not present specific evidence to back up his assertion that the Assad regime is responsible for the August 21 attack.

US officials were also in search of additional intelligence to bolster the White House’s case for a strike against Assad’s military infrastructure. American intelligence intercepted lower-level Syrian military commanders’ communications discussing the chemical attack, but the communications don’t specifically link the attack to an official senior enough to tie the killings to Assad himself, according to three US intelligence officials.

They spoke on condition of anonymity because they were not authorised to discuss the intelligence publicly.

The administration was planning an intelligence teleconference briefing on Thursday on Syria for leaders of the House and Senate and the national security committees in Congress, US officials and congressional aides said. Officials also said an unclassified version of the report by the Office of the Director for National Intelligence would be made public this week.

The White House ideally wants intelligence that links the attack directly to Assad or someone in his inner circle, to rule out the possibility that a rogue element of the military decided to use chemical weapons without Assad’s authorisation.

That quest for added intelligence has delayed the release of the report laying out evidence against Assad. The report was promised earlier this week by administration officials.

The CIA and the Pentagon have been working to gather more human intelligence tying Assad to the attack, relying on the intelligence services of Jordan, Saudi Arabia and Israel, the officials said.

Both the CIA and the Defence Intelligence Agency have their own human sources – the rebel commanders and others who cross the border to brief CIA and defence intelligence officers at training camps in Jordan and Turkey. But their operation is much smaller than some of the other intelligence services, and it takes longer for their contacts to make their way overland.

Britain added a hurdle to deliberations about a military strike on Wednesday when it went to the UN Security Council with a draft resolution that would authorise the use of military force against Syria. The British resolution would authorise “all necessary measures under Chapter 7 of the UN Charter to protect civilians from chemical weapons.” Chapter 7 allows the use of international armed force to back up UN decisions.

As expected, the five permanent members of the Security Council failed to reach an agreement as Russia reiterated its objections to international intervention in the Syrian crisis. Russia, along with China, has blocked past attempts to sanction the Assad government.

Obama said he was not seeking a lengthy, open-ended conflict in Syria, indicating that any US response would be limited in scope.