We mustn’t sacrifice online anonymity and pseudonymity because of the internet trolls, argues Dr Brooke Magnanti. We lose its facelessness at our peril. 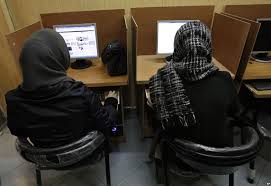 Dr Brooke Magnanti, formerly known as Belle de Jour, traced the history of anonymity in a new BBC Radio 4 seriesAccording to a survey released today, women are calling for greater controls on internet pórn and online abuse. Of the women questioned by Kantar, a global research company, a whopping 83 per cent felt that we need ‘new laws to tackle trolls’, even though only a small proportion of seven per cent had ever been targeted by trolling.

Has disapproval of certain aspects of online culture reached a tipping point? Given the volumes of abuse hurled at campaigner Caroline Criado Perez following her efforts to get Jane Austen on the £10 note, on first glance, this seems reasonable. The threats and insults she received after appearing in the media prompted Twitter to introduce a new ‘report abuse’ button across all platforms, and raised the profile of reporting on the kind of abuse a wide range of people receive online.

There should be caution against letting that feeling rule what “should be done” about trolls. In all of the discussion around abuse, we’ve suffered from a poor understanding of what the “troll” is: is it someone who makes abusive threats (and therefore can be reported to the police)? Is it someone who harasses and bombards others with messages online? Is it simply – perish the thought – someone who has an unpopular opinion, or fewer followers than you?

People usually envision a troll as being some antisocial teen in their bedróom typing vile abuse anonymously, but really, we’ve been trolled by the not-antisocial and not-anonymous Katie Hopkins all week. That’s trolling in the classic sense, of course: she’s not abusive, but rather is saying controversial rings to get a reaction. And doing very well out of it too.

The survey also revealed an appetite for Cameron’s ‘opt in’ pórn controls, in spite of there being no reason to think it will, or can, turn back the tide on séxualised media. It’s a plaster on a concern that needs far more nuance than simply believing that if you make things illegal they just magically go away.