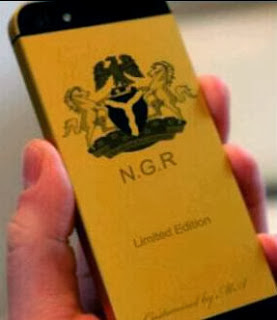 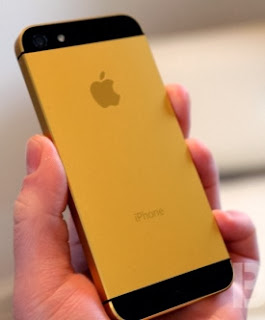 The pic of the iPhone on the left has been circulated online with a few blogs alleging that the Federal Government has taken delivery of the 53 gold plated iPhones to celebrate Nigeria’s 53rd anniversary tomorrow. I’m not particularly a fan of this government but photoshopping a pic to make a false story look true is probably not the way forward. The federal govt has denied ordering these phones, the UK company, Gold and Co of London, also denied and denounced the story. Find the original photo and the Photoshopped version above. Reacting to the fake phone photo, Reno Omokri, Special Assistant (New Media) to the President said;

Let me make it clear that President Goodluck Jonathan is a simple man who has ensured that all independence anniversary celebrations under his watch have been low key inexpensive events in keeping with his policy of avoiding wasteful expenditures.

These stories and others like it are sponsored by those who would like to distract President Jonathan from the task of Transformation of which he has committed himself and this administration. It is a disservice to all of us if we sit back while these disgruntled elements get away with lies without exposing them and their cohorts