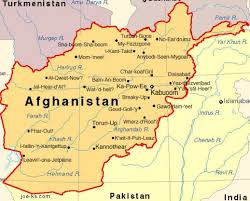 Progress in Afghanistan over the past three years is likely to be seriously eroded by 2017 even if Western powers continue to support Kabul financially, the Washington Post has reported, citing an intelligence assessment.

A new National Intelligence Estimate, which includes input from 16 US intelligence agencies, predicts that the Taliban and other powerbrokers will increase their influence even if the United States leaves behind a few thousand troops and continues to fund authorities in Kabul, the Post said in its Sunday edition.

US-led NATO forces are withdrawing from Afghanistan after more than a decade of fighting the Taliban, but negotiations have stalled on a security accord that would allow some US and NATO troops to stay after 2014.

President Hamid Karzai first endorsed the deal, which lays out rules for US troops, and would be the basis for other NATO forces, but later said it might not be signed until after the April election that will choose his successor.

Signing the agreement is a precondition for the delivery of billions of dollars in Western aid for Afghanistan over the next years.

The Post, citing officials who have seen the intelligence report, said that Afghanistan will likely plunge into chaos if the security agreement is not signed.

“In the absence of a continuing presence and continuing financial support,” the intelligence assessment “suggests the situation would deteriorate very rapidly,” a US official familiar with the report told the Post, speaking on condition of anonymity.

However one official told the Post that the assessment was too pessimistic, and that there were too many variables to accurately predict Afghanistan’s future.

Some officials also believe that Afghanistan’s security forces are better prepared than the report states.

“I think what we’re going to see is a recalibration of political power, territory and that kind of thing. It’s not going to be an inevitable rise of the Taliban,” a US official who thought the report was too negative told the Post.

The previous National Intelligence Estimate on Afghanistan came out three years ago, in December 2010. Such reports are typically produced ahead of major policy decisions.