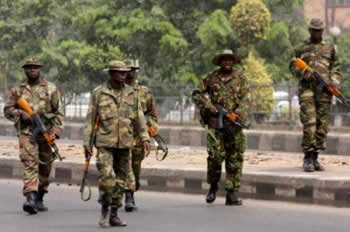 A car bomb has exploded in Maiduguri, and there are fears of many casualties, the BBC reports. The incident occurred today around 1pm outside the state television offices.

Blood-spattered people were seen fleeing and vehicles crashed into each other, while soldiers fired automatic weapons. A suicide bomber is suspected of being behind the blast, reportedly near a market.
The military confirmed to the BBC that an explosion had occurred, but did not give a figure for casualties. An eyewitness said he had seen what appeared to be dead bodies on the ground. A second car is reported to have been set on fire by the blast