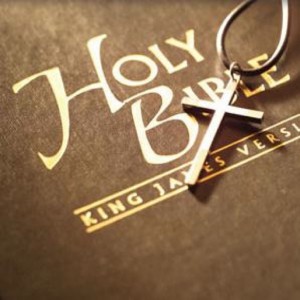 Analysis of biblical messages related to women and attitude towards them by Jesus.

Jesus chose twelve disciples and all of them were men. What does this tell us about his attitude towards women? Does it mean he discriminates against them?

Let me answer the question with a question. God chose only one nation; Israel. Does this mean he discriminates against other nations? Certainly not! In God’s economy, there is no advantage to being first. Jesus’ kingdom dynamics says: “Many who are first will be last, and the last first.” (Mark 10:31).In the ministry of Jesus, the men were first but, more often than not, they came last.

The male disciples of Jesus were inadequate. They lacked faith. Their self-appointed role was to prevent children and the needy from getting to Jesus. They were carnal; vaingloriously fighting for positions of authority. They were quarrelsome, vindictive and judgmental. One of them betrayed Jesus. Another one denied him. All of them deserted him. None of them believed the report of his resurrection. Although not numbered among Jesus’ twelve disciples, many women were in his band of travelling companions.

As a matter of fact, women provided the financial backbone of Jesus’ ministry: “The twelve were with him, and also some women who had been healed of evil spirits and sicknesses: Mary who was called Magdalene, from whom seven demons had gone out, and Joanna the wife of Chuza, Herod’s steward, and Susanna, and many others who were contributing to their support out of their private means.” (Luke 8:1-3).

Jesus often had cause to express disappointment with his male disciples. He once said to Peter: “Get behind me, Satan! You are a stumbling block to me; you do not have in mind the things of God, but the things of men.” (Matthew 16:23).

He also rebuked the Zebedee brothers for their vindictiveness: “You do not know what manner of spirit you are of. For the Son of Man did not come to destroy men’s lives but to save them.” (Luke 9:55-56). However, Jesus never had any word of rebuke for any woman in the scriptures.

While he berated the men for being part of “a faithless and perverse generation” (Matthew 17:17), and accused them of having no faith (Mark 4:40); he extolled virtually all the women for their exemplary faith. For example, he commended a poor widow who gave all her livelihood as offering while the rich men only gave a fraction of their wealth. (Mark 12:42-44). When a Canaanite woman required healing for her daughter; Jesus’ disciples tried to get rid of her. But she refused to be discouraged; even when Jesus tested her faith by calling her a dog. Therefore, Jesus commended her: “O woman, great is your faith! Let it be to you as you desire.” (Matthew 15:28).

While the men fled when Jesus was arrested, the women faithfully followed him to the cross. (Matthew 27:55-56). In the Judean culture of the time, women could not be legal witnesses. Josephus wrote: “from women let no evidence be accepted because of the levity and temerity of their sex.”

Nevertheless, Jesus distinguished women as the first witnesses of his resurrection.

Jesus’ doctrine is liberating. According to his mission statement, he came: “to set at liberty those who are oppressed.” (Luke 4:18). In biblical days, Jewish women were imprisoned by different forms of male oppression. But Jesus came to set the captives free. Therefore, he always treated women with dignity and respect.

Jesus also taught a Samaritan woman he met at the well of Jacob. Indeed, his discourse with her is the longest recorded discussion Jesus had with any single person in the scriptures. While Jesus kept the fact that he is the long-awaited Messiah a secret, he nevertheless dignified this woman by revealing this confidentiality to her. As a result, she became one of Jesus’ first evangelists. (John 4:4–42).

In the days of Jesus, women were maliciously held responsible for all sexual sins. Jesus rejected this malicious “sexism.” Instead, he proclaimed a dramatic indictment of men: “anyone who looks at a woman lustfully has already committed adultery with her in his heart.” (Matthew 5:28). When a horde of hypocritical men brought to him a woman caught in adultery, determined to stone her to death while turning a blind eye to her equally adulterous male lover, Jesus indicted them: “If any one of you is without sin, let him be the first to throw a stone at her.” (John 8:7). According to Judean culture, a woman was considered unclean and untouchable during her menses.

However, Jesus overruled this bogus tradition by showing compassion to a woman with an issue of blood who dared to touch the hem of his garment in hope of receiving healing. Instead of taking offense that she “defiled” him, Jesus praised her and healed her, saying: “Daughter, your faith has healed you. Go in peace and be freed from your suffering.” (Mark 5:34).

Jesus did not regard women as a distinctive subordinate class of people. He did not infringe on their liberty by imposing suffocating dos and don’ts exclusively for them. Instead, he affirmed their equal status with men in Israel’s religious heritage by calling them “the daughters of Abraham.” (Luke 13:16). Jesus would never proclaim a man as the head of a woman: God is head of all.

He said to his disciples: “You know that the rulers of the Gentiles lord it over them, and their high officials exercise authority over them. But it shall not be so among you.” (Matthew 20:25). Therefore, Jesus would not proclaim generalized male authority over women.

It is a great indictment on Christendom that, in many respects, there has been a falling away from Jesus’ elevation of women to the position of equality and dignity with men. One man is largely responsible for the betrayal of the way, the truth and the life of Jesus with regard to women. That man is Paul who exhibits in the bible deep-seated hatred and contempt for women.