In an attempt to halt widespread allegations of corruption, Turkish Prime Minister Recep Tayyip Erdogan has shuttered Twitter, but, it seems, ineffectively as the move backfired on him. 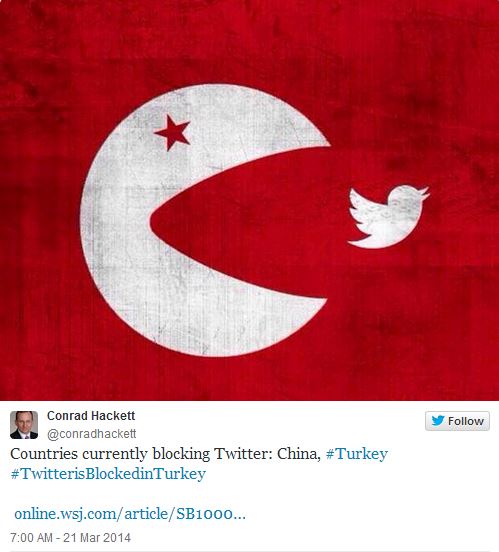 On Thursday night Erdogan announced that, following a court order, Twitter was now disabled in the country.

“We’ll eradicate Twitter. I don’t care what the international community says. Everyone will witness the power of the Turkish Republic,” he said.

The move follows the posting – and widespread sharing – of voice recordings and documents on Twitter that appear to provide evidence of widespread corruption.

According to Forbes, the leaks come from two users: one named Haramzadeler, meaning ‘sons of thieves’, and the other Bascalan, or ‘prime thief’.

In one, Erdogan is heard warning his son to remove a quantity of suspect cash from his and other houses, following the news that the police were raiding premises as part of a wide-ranging corruption investigation.

Erdogan has claimed that the recording is a fake.

However, President Abdullah Gul, a political ally of Erdogan’s, was among those who opposed the order though in a series of tweets. “I hope this implementation won’t last long,” he wrote.

The move has backfired

Even though Turkey’s Twitter was disabled, the hashtag #TwitterisblockedinTurkey went viral as Twitter is still accessible via the site’s SMS service, which allows Turks to text in a tweet. 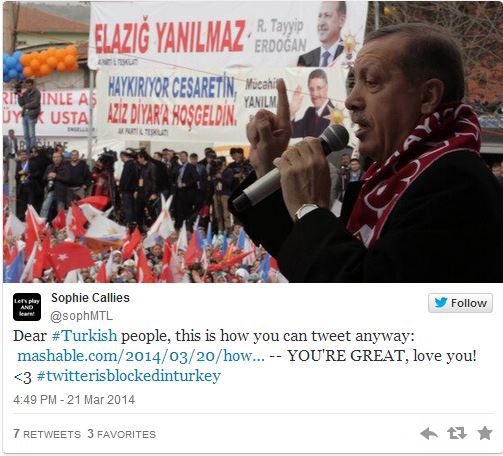 From across the world last night, thousands of Twitter users dispatched outraged – sometimes hilarious – updates and photos touching upon feelings of dismay, humor and resignation. 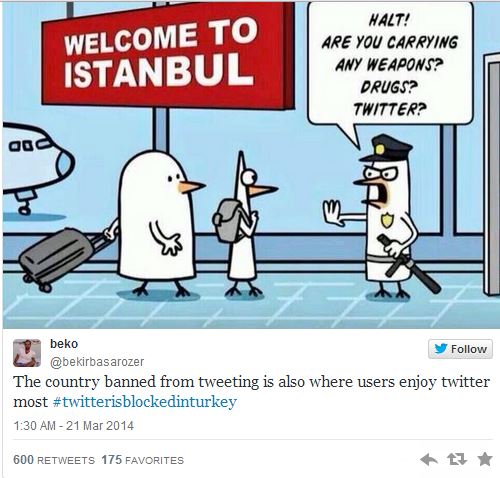 Erdogan’s showdown with Twitter has been long coming. In mid-2013, thousands of protests ripped across Turkey ostensibly in opposition to a proposed urban development of Istanbul’s Taksim Gezi Park. 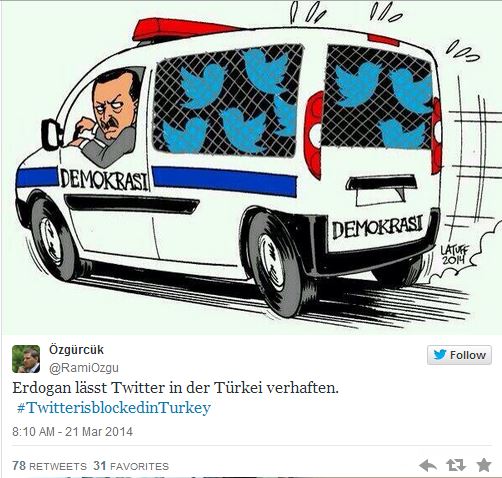 As in other countries, social media played a major role in the protests, which included as many as 3.5 million people in a nation of 81 million.

Erdogan was outraged and called all social media the “worst menace to society”.