Days after his induction into the WWE Hall of Fame and a return to the company after an 18-year breakup, Wrestling legend, The Ultimate Warrior is dead. 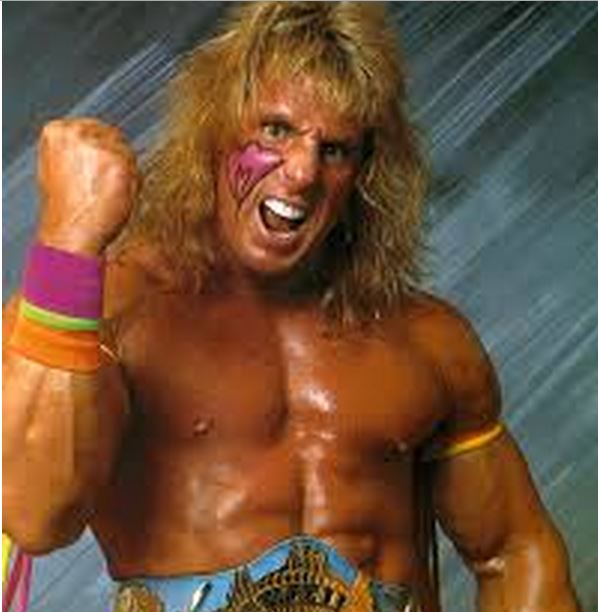 According to a statement posted on the WWE website, the late wrestling superstar was 54.

The news, posted late Tuesday night, led to a flood of tributes from fans and WWE performers and officials and comes on the day the WWE released a DVD in Warrior’s honor.

In the statement, the company said, “WWE is shocked and deeply saddened to learn of the passing of one of the most iconic WWE superstars ever, The Ultimate Warrior.

“We are grateful just days ago, Warrior had the opportunity to take his rightful place in the WWE Hall of Fame and was able to appear at WrestleMania 30 and Monday Night Raw to address his legions of fans. WWE sends its sincere condolences to Warrior’s family, friends and fans.”

Warrior was known for his energetic style, sprinting down the aisle to the ring; violent shaking of the ropes to psych himself up; and unique interview style that often left fans unsure of his message.

Warrior was born James Hellwig, but legally changed his name to Warrior in 1993. He is survived by his wife Dana and daughters Indiana and Mattigan, who had accompanied him to the podium at the Hall of Fame induction ceremony Saturday night in New Orleans.

In his final public appearance Monday night, Warrior donned the long jacket with his image airbrushed on the back, similar to what he wore during his wrestling days, and put on a mask that looked like his trademark face paint. It was his first appearance on Raw since 1996.

“No WWE talent becomes a legend on their own,” he told the crowd. “Every man’s heart one day beats its final beat. His lungs breathe their final breath. And if what that man did in his life makes the blood pulse through the body of others and makes them believe deeper in something that’s larger than life, then his essence, his spirit, will be immortalized by the storytellers — by the loyalty, by the memory of those who honor him, and make the running the man did live forever.

Warrior began his wrestling career as part of a group of bodybuilders-turned-wrestlers in Southern California. His early career was marked by his work in a tag team known as the Blade Runners with Steve Borden, who would later become Sting. Warrior was known as Blade Runner Rock and Borden as Blade Runner Flash.

His use of the Warrior name came in the Texas-based World Class Championship Wrestling where he worked as the Dingo Warrior and was billed as being from Queens, N.Y.

Warrior came to the then-WWF in 1987 and was re-branded as The Ultimate Warrior. He won his first Intercontinental title from the Honky Tonk Man in a match that lasted less than a minute at the first Summer Slam in 1988. He would lose the title to Ravishing Rick Rude and then regain it at Sumer Slam in 1989.

He was still the champion leading into the main event match at WrestleMania in Toronto in 1990, which might be the highlight of his career. The bout against Hulk Hogan was for Hogan’s WWF title and Warrior’s Intercontinental title.

Warrior won the match and was embraced and presented with the WWE title belt by Hogan afterward, in a passing of the torch from the biggest star of the 1980s to one of the biggest stars of the 1990s.

“We are all so sad that the Ultimate Warrior has passed away,” WWE chairman Vince McMahon tweeted.

Warrior would leave the WWE twice and then return before an ill-fated and brief stint in World Championship Wrestling in the late 1990s.

After retirement, he worked as a motivational speaker.