Hell On Earth, A Land Called Nigeria By Tersoo TeeCube 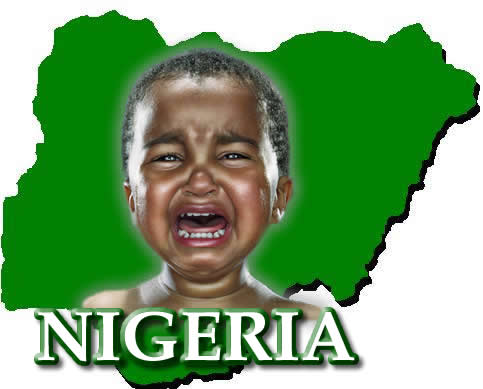 Our Nigeria of today is without a doubt similar to a horror movie for those watching with keen interest the current inhumane acts of despicable terror been unleashed on civilians by the dreaded boko haram can testify there’s no guarantee for a happy ending.

Most Nigerians are now potential victims of terror’ for which I know in our usual manner of displaying our religious keenness, many will be quick to rebuke that phrase and most will proceed to say “back to sender” in prayers to avert any of such ugly calamity that has claimed the lives of many in recent times.

We definitely have to face the truth given the current reality of unchallenged events of terror unfolding daily. In the words of Tuface Idibia, “nobody holy pass” which means we are not in any way better than those who have lost their lives in such heinous attacks. we are just fortunate to be safe at the moment.

The legendary King of Reggae Bob Marley of blessed memory once sang a song called ‘Natural Mystic’ which the lyrics go as thus:

“There’s a natural mystic blowing through the air;
If you listen carefully now you will hear.
This could be the first trumpet, might as well be the last:
Many more will have to suffer,
Many more will have to die – don’t ask me why.
Things are not the way they used to be,
I won’t tell no lie;
One and all have to face reality now”.

Bob Marley, in the view of many Rastafarians and fans is considered a prophet for which I feel and strongly believe like he sang in the song, one and all have to face reality now’’ and surely the time is now.

Whoever said the unity of this country is non-negotiable is the greatest liar let’s quit the pretence!!!

Can I hear somebody say one and all have to face reality now’ because truly we can’t keep pretending all is well with our nation when every day innocent souls are dying unjustly.

The number of deaths occurring these days has become so frightening and alarming to ignore. For how long shall the unity of this country be upheld by sacrificing the blood of the innocent poor?? We have to face the reality now’

You can kill a man but you cannot kill his ideas, terrorists don’t die once they are born, bred and groomed into their demonic beliefs they keep multiplying because they are motivated by a strong belief of dying as martyrs in pursuit of their cause.

Nigeria today has been caught up in a quagmire of terror that seems unending, everyday assuming a more daring and worse dimension in gruesome attacks on innocent and defenceless citizens. The government of the day is yet to regain the confidence of her citizens given the fact that such acts have been carried out in the past successfully and its continued re-occurrence keeps haunting the psyche of our nation bitterly.

The latest of such devilish attacks just occurred yesterday when we have not gotten over the tragedy of the last Nyanya bomb blast, which left many dead and most victims that survived are still recuperating while those that lost their loved ones are still mourning.

The nation is still in shock and saddened by the abduction of over 200 school girls in chibok whom uptil now their whereabouts remain unknown. The Nation is yet to recover from the shocking events the wounds inflicted are still open not yet healed and then here comes another sad event of colossal tragedy, sending yet another fine crop of innocent, resilient and productive Nigerians to their early graves.

I feel so sad to be witnessing these horrific acts of human cruelty occurring in my generation. Most times I try to look unto the bright side of life believing things would get better security wise but I would be lying if I say I’m safe living in this country. It feels like we are all walking cadavers because you cannot just predict where, when or next the attack or bomb might just explode terminating your life.

I feel so much resentment inside of me at the moment that I feel it’s not really worth it fighting to live with people who feel their way of life is not and can never be compatible with yours because of regional, religious or tribal differences. In all sense of humanity I feel it is the legitimate right of any group of individuals to determine their future in regards to how and who they collectively choose to dwell with and how they desire to be governed.

Nigerian is holding a national conference which is still ongoing and I feel there’s a need to table and address this issue of falsehood and hypocrisy we’ve been living with in disguise as unity in diversity’ which to most of us we all know with the prevailing events and past ones, is nonexistent.

For me and many folks in Benue, I in particular am a victim of the insecurity that has plagued our country. My ancestral home and village in Logo Local Government area of Benue State was ransacked, ravaged and burnt into ashes with material and human loss incurred in the wake of the attacks perpetuated by fulani terroristic herdsmen who systematically embarked on looting and killing people indiscriminately like it has been a preconceived plan of genocidal cleansing of a people who are predominantly farmers in a quest to acquire more grazing reserves for their cattle whom they regard as more important than humans whom they wage war against displacing many from their homes instead of engaging in peaceful dialogue on how to co-exist peacefully.

One can only imagine the harrowing pains many of these displaced families go through including me when most of our loved ones have been maimed and our means of livelihood destroyed even with stored farm products not spared. There is certainly going to be a food crisis in the region which definitely will bring more economic, social and developmental woes.

We surely have to face the reality now either we continue living under the umbrella of fear and uncertainty of the unknown or ask ourselves this question which is a bitter truth, is Nigeria really worth dying for as a common man when most of our leaders are protected by well armed security men, many of whom move around in armour proof vehicles bought with a huge fortune of tax payers money all to our collective detriment who are always the victims of such attacks?

Just Imagine Nigeria, as a sinking ship as it is a well known tradition that “The captain goes down with the ship” the maritime concept and tradition that asea captain holds ultimate responsibility for both his or her ship and everyone embarked on it, and he or she will die trying to save either of them. Can be used to describe the Nigerian situation by asking ourselves how many of our leaders today are willing to go down with the ship? You will be surprised to find none because most of them are selfish and they would easily flee away from the country to their safe havens with their families to enjoy their loot living behind the common man to perish.

We surely have to face the reality now that Nigeria is under a known threat of breaking apart by forces that have continued to grow from time immemorial uncheckmated which to this present day has become a huge monster dreaded by all.

The prevailing issue of terrorism confronting us today has taken more prominence than the monster of corruption that has hitherto impeded our progress causing the nation so much embarrassment in the comity of nations.

The current reign of terror and bloodshed witnessed across the land today can be likened to corruption and how the government has over the years allowed the activities of violent sects grow and operate with impunity causing havoc to the people without someone been held accountable and punished for such crimes committed. Due to various sentiment and other frivolous reasons most of such known culprits caught have evaded justice.

The Nigerian government then under the leadership of Late President Umaru Musa Yaradua in the year 2009, captured the founder and spiritual leader of the dreaded sect Mohammed Yusuf who was then summarily executed by the Nigerian Police in public view. It is now evident that the man was killed in a bid to silence him without properly conducting an in-depth investigation about his terror organisation to ascertain his top financiers and the staunch adherents of his teachings who now still pose a threat to our national security and unity.

The government has been ineffective in intelligence gathering and counter-terrorism fight because of the usual system of laxity and incompetence on the part of personnel in most areas of our security network. Our borders remain porous and most of our security personnel lack the required training and motivation to tackle and bring to a standstill the activities of the insurgents whom most have received advanced trainings outside country.

Nigerians are frustrated and frightened by the re-occurring acts of terror without any strong indication on the part of government that the war against the insurgents will soon be won.

We have to face the reality now that nowhere is safe in this country and if the government cannot guarantee the security of our lives and property then I’m afraid Nigeria the giant of Africa is like the famous RMS Titanic  that sank in the North Atlantic Ocean on 15 April, 1912 after colliding with an iceberg during her maiden voyage.

The builders of the gigantic ship then never believed such a catastrophic ending will be her fate just as our nation sails on a stormy ocean characterized by many obstacles, which terrorism amongst many is just the tip of the ice-berg”

we have to face the reality that there’s no guarantee the journey that began with the amalgamation of the southern and Northern protectorate in 1914 and our subsequent attainment of independence in 1960 will certainly reach her final destination, let’s all pray for the better but prepare for the worse. God bless Nigeria.