Director General, National Space Research Development Agency, (NASRDA), Professor Seidu Mohammed has said the country’s satellites cannot trace the abducted Chibok girls because it only possessed 2.5 meters resolution which is not sufficient to do such tracking. 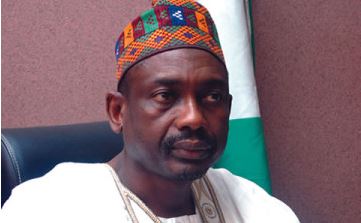 Speaking during an interview, the NASRDA boss said Nigerians were expecting the Nigeria Sat X and Sat 2 to perform wonders in tracing the girls which is not possible as even countries with advanced satellites that have three meters resolutions find it difficult to trace terrorists, but only help in providing useful information on the possible locations of the hidden terrorists.

According to him, both satellites are working perfectly but they they don’t have the capacity of tracing individuals movement but are only capable of giving maps of some locations at some particular times.

He explained that satellites are not video cameras as many think but rather they move from one location to another and it sometimes takes up to four days for them to return to a particular spot and that is why Americans with their hundreds of active satellite can’t track Taliban and other militants.

“There is also a fundamental information that we need to give to Nigerians. The satellite we have at the moment has 2.5 metre resolution in the black and white mode and five metres in the multispectral mode. What that means is that the revolving power cannot identify a person. This type of satellite is not meant for very high strategic military operations,” Seidu sid.

He added that this does not mean that satellites are irrelevant as they have updating maps which help to show how many routes are available for terrorists escape.

He however said the agency is working with relevant authorities in giving useful information available in the efforts to rescue the abducted schools girls.