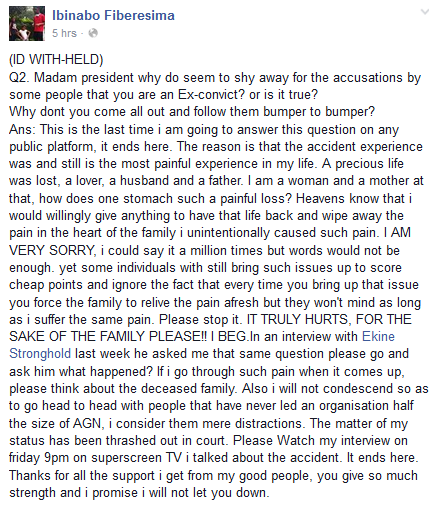 Miss Nigeria 1997 and MBGN runner up 1998, now currently the AGN President, Ibinabo Fiberesima was involved in an accident precisely on the 26th of February 2006  in Lekki Lagos that left the driver of the car she hit, a medical doctor, Alhaji Suraj Giwa, dead.

She was arrested and charged and the Magistrate of  Igbosere Magistrate court, Magistrate Isaacs in his judgment, found Fiberesima guilty on the two -count charge of manslaughter and reckless driving and

She has since settled with the court and the victim’s family.