Germany became the first European nation to win the World Cup in South America on Sunday- their fourth title since Italia ’90.

Mario Goetze, 22, scored a beautiful 113th minute match-winner- the 171st goal of the 20th edition of the world soccer showpiece- to write his name in the history books.

“We are calculating using all the computers and Facebooks, and then out of 10 we came 9.25,” said Blatter in the final press conference at the Maracana.

Blatter, 78, who had previously rated South Africa 2010 as 9/10 continued: “Brazil has improved since South Africa.”

The build-up to the Brazil tournament had been marked with fears surrounding security, transports and stadiums, but the tournament eventually lived up to its billing, yielding packed stadiums and passionate crowds game after games.

Spain’s ‘La Roja’ generation’s fate was consigned to early elimination after a 5-1 humbling by the Netherlands and subsequent comprehensive defeat by Chile.

Africa had two teams in the knock-out stage for the first time, but it was Algeria who impressed, giving eventual champions Germany a scare and were treated to a rousing welcome on arrival in Algeirs.

Costa Rica nonetheless did not fall far from similar rating as the team of the tournament, scaling the heights of Group D favourites to finish first ahead of Uruguay, Italy and England- after no one had given them a chance prior to the games.

Host Brazil were also humbled 7-1 in the semi-finals by eventual champions.

There was controversy too, with Louis Suarez of Uruguay- a doubt prior to kick-off following tendonitis surgery- at the centre-stage after biting Italy’s Giorgio Chiellini.

Blatter said the punishment was out of his hands but hopes the striker, who set to join Spanish side Barcelona from Liverpool for £75m, gets back playing soon.

“As a footballer, such punishment hurts,” said Blatter. “But as Fifa president I have to accept the decision that are taken by our independent committees.”

“I do hope that the player will come back to football because on the pitch I have seen his capacity technically and tactically.

“I do hope we will be back. He is now in one of the greatest clubs in the world.”

He reacted angrily when one female reporter put it to him that Fifa is corrupt.

“Listen lady,” retorted Blatter. “When you speak about corruption then you have to present evidence.” 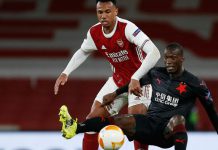