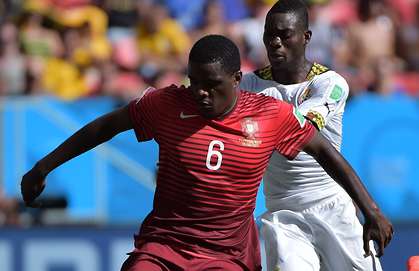 Manchester United are set to win the race for Portuguese international and Chelsea target William Carvalho with Old Trafford officials in Portugal to finalise the deal.

The Daily Mail cites reports in Portugal that claim United have dispatched a delegation to put the finishing touches on the transfer. Negotiations have been ongoing over a transfer fee, with Sporting Lisbon reportedly holding out for Carvalho’s £37.5m release clause.

Competition for Carvalho If they complete the deal, United will have beaten off competition from Chelsea and Monaco among others.

Chelsea in particular were thought to be strong contenders for his signature, while Monaco had a £27m bid rejected earlier this summer.

Chelsea looked at Carvalho as an alternative to Paul Pogba, who has been heavily linked with a move away from the Serie A side. And Juventus themselves have scouted the 22-year-old midfielder on occasion, with Carvalho lined up as a potential replacement for
Pogba should the Frenchman move.{GMS}