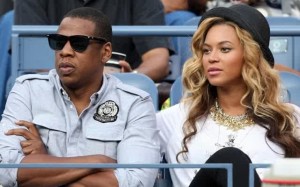 It seems the Instagram posts and the on-stage romance ain’t shooting down the rumoured Bey/Jay split.

It was earlier learnt that Beyonce, 32, and Jay Z, 44, barely talk when they’re not performing, and now it sounds like Beyonce is fed up once and for all.

An insider who spoke with Us Weekly has said that the “Flawless” singer is set to file for a divorce.

“She’ll file for divorce in New York, lawyers are already involved. The couple have already drafted up the announcement they will send to the Associated Press if they do make the announcement”, the report claims.

After the May 5 elevator brawl between Jay Z and Solange, Beyonce has been forced to come face-to-face with the rumours circulating that Jay Z had been unfaithful.

“Beyonce always ignored the cheating talk, but after the fight, the floodgate of rumours opened,” another source said. “She doesn’t know what to do.”

“They are business partners,” another insider told Hollywoodlife. “They get that together, they are more powerful. It’s totally a business relationship but it can’t last forever.”

The couple’s business includes their “On the Run” tour which ends on Sept. 13, once it wraps, so will their relationship, sources have alleged.

“Beyonce has been going back and forth all tour. It’s really sad. It looked like she was fighting so hard to keep the family together, and it just wasn’t working,” an inside told the publication.

“Beyonce is caught up because she truly loves him. She doesn’t know what the next step should be.”