Several people feared dead, injured, while many others remain trapped following the collapse of a building in the premises of the Synagogue Church, Ikotun in Lagos. 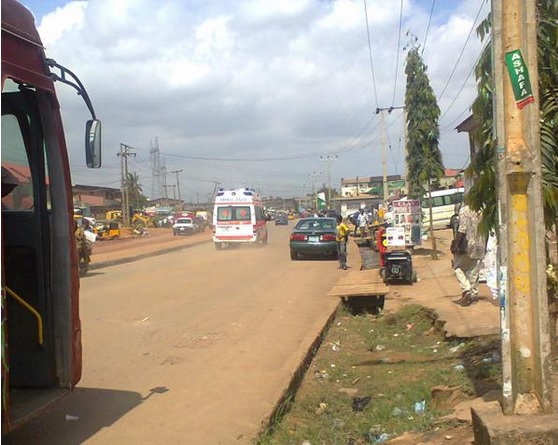 The initial information is also confirmed by individuals on social media. At least 10 people feared dead.

The six-storey building collapsed due to yet-to-be identified reasons. This building serves as a guest house for people travelling from far and for foreign visitors of the Synagogue Church, however, it has not been fully completed yet.

The collapse occurred after 12 in the afternoon. The total number of people present at the building may be around 70. They include foreign believers, church members, canteen and construction workers.

At least 7 ambulances have arrived the scene almost immediately. Passers-by and drivers were reportedly helping to evacuate the victims to hospitals.

A military helicopter was seen hovering above the area shortly after collapse. Strong police presence reported by multiple eyewitnesses as well. This development caused pandemonium in the area and heavy traffic for those who were heading to Ikotun from Ejigbo, Mushin and so on. 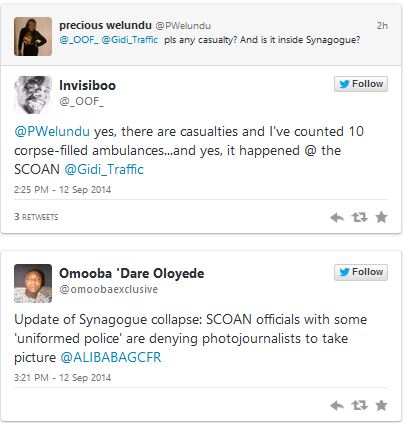 People concluded that we have to pray God that this had not happened on Sunday.