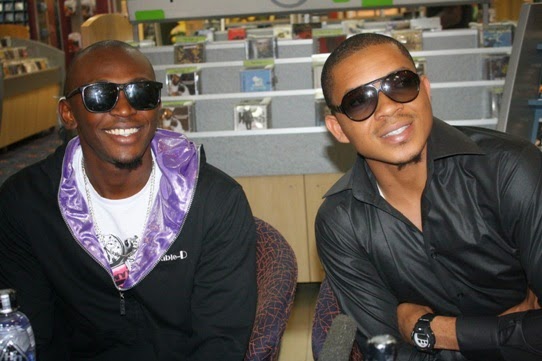 The duo of bracket has addressed the allegations they are gay for the first time. In an exclusive chat with SaturdayBeats, the duo admitted they are aware of the rumour, but decided to keep mute about it, because it is nothing but a lie. They however decided to address it saying;

“We did not want to talk about it in public before but I guess we have to. We saw the story and it was a very laughable one. We did not believe it was that serious until one of our uncles called from Enugu. He was even laughing when he asked us. At the end of the day, there are certain things you do not say in public but people should wait till they see us get married. We would not begin to say that we have girlfriends in certain places or who they are. But to clear the air, we are not homosexuals. People that know us know that we are not gays.” Continue below…

Smash however admitted he is still looking for a girl, while Vast says his girlfriend is an Ethiopian.

“I am a proper Igbo man and there are certain things that my people expect from me before I can get married and once those things are cleared, I would look for someone to marry,” Smash said.

“I have somebody and when I am ready, people would go with me to Ethiopia to get married,” Vast said.