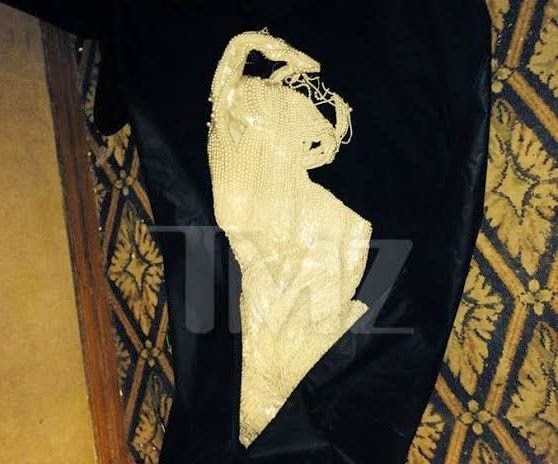 LMAO. So Lupita’s $150,000 dress was just a big Hollywood fat lie? *sigh*. According to TMZ, Lupita Nyong’o’s Oscar gown was returned to The London West Hollywood hotel where it was taken from. There’s a twist however. The thief called TMZ to tell them where it could be found as the Calvin Klein dress allegedly worth $150K, was a worthless fake.

The thief called saying he had taken the dress from Lupita’s hotel room after he noticed the door was ajar. He and others took two pearls off of the dress and took them to the garment district in downtown L.A where he was told they were fake. Lol. Pic of the dress after it was found above. Continue…. 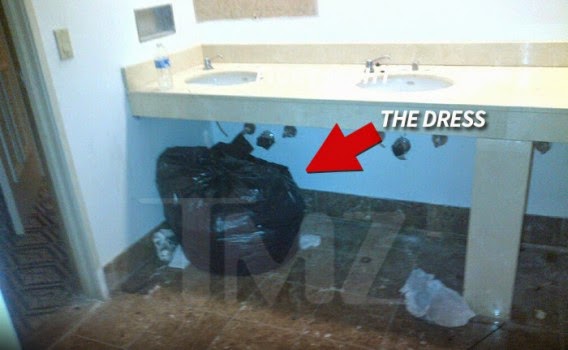 The thief according to TMZ, then decided to take the dress back to the Hotel in a garment bag that was inside a trash bag and deposited on a 2nd floor bathroom adjacent to a fitness center.

TMZ contacted the L.A. County Sheriff’s Dept. and gave them the info. The police went over to the hotel, and they found a garment bag with the dress inside just as the thief had described. His Nerve lol..Scene of the crime above.

The thief said he contacted TMZ because he wanted the world to know “Hollywood’s fake bulls**t.” A thief is a thief though