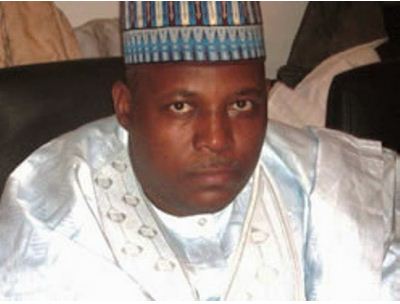 Reacting to the allegations via his media aide, Malam Isa Gusa, Governor Shettima pleaded that no one should take Fani-Kayode serious as he is physically an adult but mentally a child. He spoke with journalist in Abuja. What he said after the cut…

“Femi Fani-Kayode is one Nigerian that is physically an adult but mentally an infant. We all know that going into exchange with an infant is like having a dialogue with the blind, deaf and dumb, this is why it is thoughtless for any serious minded person to exchange words with Femi Fani Kayode not to talk of someone like Governor Kashim Shettima who has too many serious issues he is competently handling with patriotism as a result of which he was not only exonerated but also commended by a Presidential Fact-finding committee on the missing Chibok schoolgirls that was set up by the same Presidency Kayode works for, and this in addition to the Governor being the one that secured admissions into an International school for the escaped Chibok schoolgirls and granted them scholarships, for which and other efforts, he is highly respected by those who know him or have come in contact with him in Nigeria and within the International community”the media aide said.

Governor Shettima’s media aide said that Fani-Kayode said was “a temporary false”, stressing that the same Fani-Kayode is likely to reverse himself in the near future.

“He is known for saying ‘A’ in the morning, ‘K’ in the afternoon and ‘Z’ at night, so we will wait for him to contradict himself and he will surely do so because that is him, he can’t avoid being who he is. We will not have any conversation with him”the aide added.