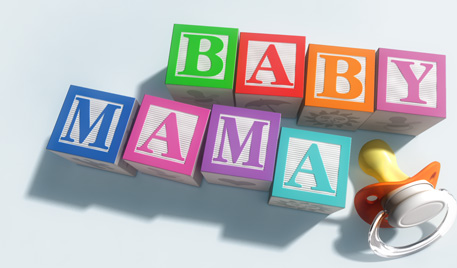 Gone are the days when having a child outside wedlock was considered a taboo, thanks to some of our celebrities, it is now a trend worth celebrating.

Over a decade ago, the number of Nigerian entertainers who had kids outside wedlock were far and in-between but nowadays, it seems like the pre-requisite, just like JAMB, to enter the ‘University’ of Stardom as almost every young entertainer has embraced the ‘ugly’ trend.

Don’t get me wrong; babies are a beautiful gift and a blessing to anyone whose quiver is full of them. What I find appalling, however, is the inability of our entertainers to have these babies the ‘right’ way – getting married and having as much of them as they want. What’s more? They seem to be encouraging a culture of ‘tasting’ the goods before making ‘payment’. While the male entertainers dominate the list of ‘offenders’ in this regards, their female counterparts too are not entirely innocent.

It could be argued that these group of entertainers are rich and capable of taking care of as many babies as their wild oats permit them to sow, or that it is a good thing that they are not ‘rejecting’ the pregnancies, thereby leaving the pregnant lady to bear the ‘shame’ and burden alone, which may eventually lead to having an abortion, the fact still remains that our family values, norms and culture, which we were brought up to cherish and respect, frowns at having babies outside of marriage.

Some factors, such as youthful exuberance, financial freedom, stardom, ignorance among others, may be responsible for this development but what can society do to correct the trend and ensure that our superstars not only continue to serve as positive role models to the younger generation but also protect our core values?

Just as society frowns at celebrating people whose sources of wealth are not genuine, it is high time followers or fans of these group of entertainers start telling their idols the bitter truth – abstain from pre-marital sex (did someone just sneer at that suggestion?) and if they cannot, they should use protection consistently and correctly; not just to protect against unwanted pregnancies but also STDs.

Parents should also reinforce training of their daughters; to respect the sanctity and challenge of motherhood because not everyone who carries a baby for nine months is actually qualified to be a mother. Family values should be taught over and over again because it can never be over-emphasized; if any man cherishes a lady so much as to want to sleep with her, he should be bold enough to approach her parents, irrespective of his status and ask her hand in marriage.

In conclusion, perhaps in the foreseeable future, the Nigerian society will become so advanced as not to consider a baby conceived outside wedlock as a taboo or something of shame, but till then, let’s tell our Nigerian entertainers the home truth – our women are our pride, make wives of them not baby mamas!