Change is in the air. It is a new dawn and all over the country, people are getting caught up in the excitement and expectation. This was evident today as supporters of the All Progressives Congress (APC) in Lagos thronged the campaign secretariat of the party’s governorship candidate in Gbagada, Lagos to celebrate the party’s victory in the presidential elections. The large crowd of supporters danced and sang songs of victory and repeatedly chanted “Sai Nigeria”, “Sai Baba”, and “Ambo”, the slogan of Akinwunmi Ambode.

The highpoint was the arrival of the man himself, Akinwunmi Ambode. The crowd erupted in chants of “Ambo” and clung to his car. Akinwunmi Ambode obliged the supportes and came out of his car to salute them. This further excited the already frenzied crowd who chanted “Ambo” “Ambo”.

The supporters expressed confidence that the APC’s victory will bring positive change to Nigeria. They added that victory for Akinwunmi Ambode come April 11, will bring further development and progress to Lagos, especially now that there will be an APC government at the centre. 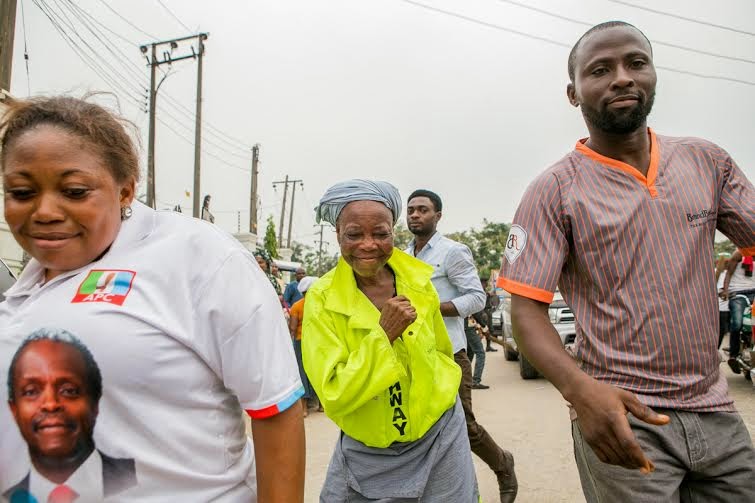 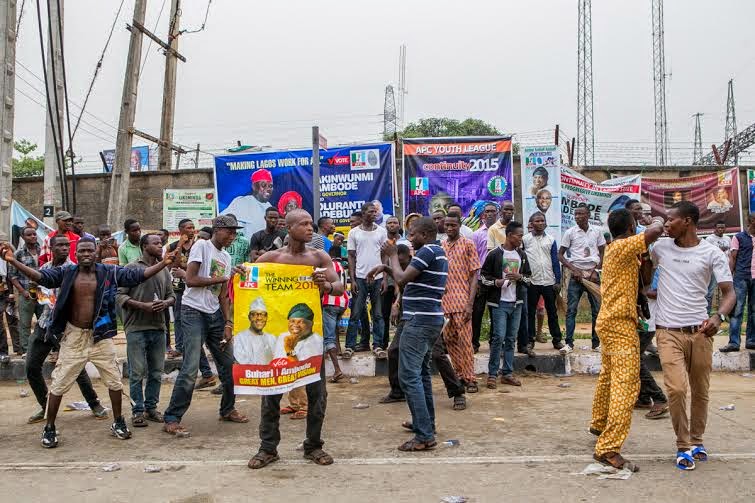 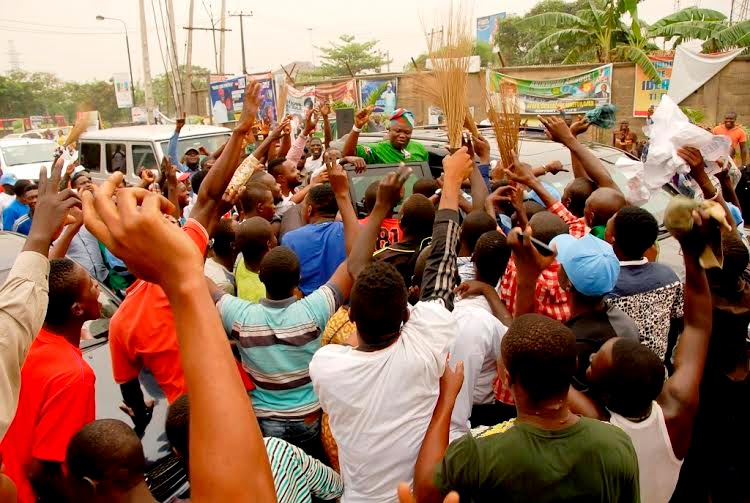