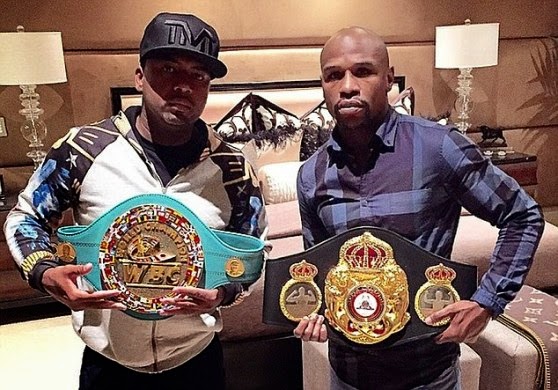 Here’s the first photo of Floyd Mayweather since his win in the Fight of the Decade in Las Vegas on Saturday night. He’s pictured above with P-Reala, his long-time friend and CEO of Philthy Rich Records. Meanwhile Mayweather has taken a shot at Manny Pacquiao on Instagram after the Filipino blamed a shoulder injury for his defeat. Mayweather says the injury talk is just an excuse.

’19 years in the fight game and I’ve had one excuse: “Don’t have an excuse”. Winners win and losers have excuses.’ – he wrote