Emeka Ihedioha, the ousted former governor of Imo state has stated that his faith in Nigeria and democracy remains...
Read more 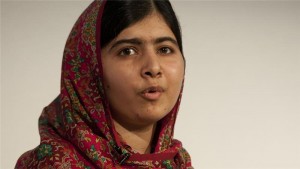 Pakistani police say a court has freed eight out of 10 people charged with organising the shooting of Malala Yousafzai, the schoolgirl activist. Salim Khan, a senior police official, said on Friday that the eight men were freed because there was not enough evidence to connect them to the 2012 attack.

Police had said in April that all 10 had been convicted and jailed for 25 years each in a trial held behind closed doors. “The only reason for their release was lack of proof against them,” Khan said. Naeem Khan, the prosecutor, said the men had confessed to attacking Malala.

“During the trial, all the 10 persons had admitted and confessed their role in Malala’s attack before the judge of anti-terrorism court. But only two of them, Izhar Khan and Israrullah Khan, were convicted while the remaining eight were freed on April 30, 2015,” he said.

Malala became a global symbol of defiance after she campaigned for girl’s education despite Taliban threats. Pakistani Taliban claimed responsibility for the 2012 attack on Malala as she travelled home from school in her home in Swat, northwest of the capital, Islamabad. She was shot in the head and airlifted to Britain for treatment, where she now lives. Two other schoolgirls were also wounded. The case will raise further questions over accountability and secret trials in Pakistan’s heavily criticised justice system. Trials are often held behind closed doors because judges, lawyers and witnesses fear retribution from fighters.