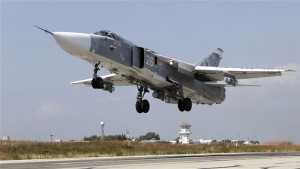 The Islamic State of Iraq and the Levant (ISIL) has captured a string of villages near Aleppo in a lightning attack that brought them closer to the prized city in northern Syria, despite a major increase in Russian airstrikes that Moscow insists are targeting the group. Aljazeera reports:

The surprise advance on Friday, which brings ISIL to within a few miles of Aleppo, was the most significant in months, following what has largely been a summer of stalemate in the country’s conflict. The gains come amid a wave of intense Russian airstrikes that have targeted fighters trying to topple President Bashar al-Assad, and a ground offensive by the Syrian army in the country’s central region.

Moscow says it is targeting mainly ISIL fighters, but US officials and Syrian rebels have said the strikes have hit “moderate” fighters for the most part and are aimed at shoring up Assad’s embattled government and troops. Many of the rebel groups hit by the Russian airstrikes are also at war with ISIL.

“Everyone who wants to fight the rebels says that they are coming to fight Daesh [ISIL] while in fact they want to fight the rebels,” said Bahaa al-Halaby, an activist based in the city of Aleppo, using an Arabic acronym for the group. Halaby said the Russians have not carried out attacks against ISIL in Aleppo, which is split between government forces and various rebel groups. “They are trying to finish off the rebels,” he said.