This story happened years ago and I always wondered how it really went down. I now present it to you, as narrated by Abiyamo. It is very interesting and eye opening. 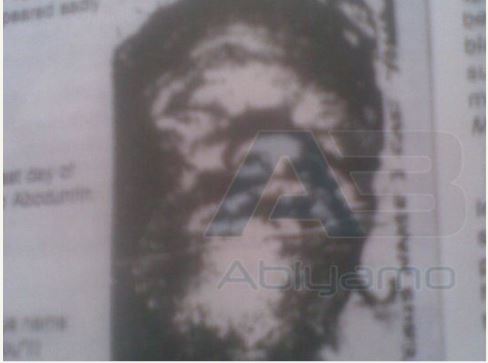 “No weapon that is formed against you will prosper; And every tongue that accuses you in judgment you will condemn. This is the heritage of the servants of the LORD, And their vindication is from Me,” declares the LORD.

The city of Ibadan in Oyo State, southwestern Nigeria is one of the largest in West Africa. It is home to the first university in Nigeria, University of Ibadan, established by the colonial masters in 1948. One of the most famous features of this great citadel of learning is its Zoological Garden, which is one of the oldest in the country. The zoo plays host to various animals but the most legendary of them all are the lions. For many visitors, a trip to the famed zoo is not complete without seeing the majestic lions. So it was during the Easter Lenten season of 1991, all of Ibadan was buzzing with excitement of the season and naturally, one of the prime spots of attraction for many families was the University of Ibadan Zoo. Families, couples and tourists trooped into the zoo that fateful day.

However, unknown to all of the other visitors, there was one particular visitor who had another sinister agenda. Bishop (some referred to him as a pastor or a bishop) ‘Daniel’ Abodunrin’s intention that fateful day was not to see the lions and take some memorable pictures with them.

His goal was to demonstrate something that had never been done before. His plan was to replicate what was written in the Holy Bible thousands of years ago. It was the story of a Jewish boy in Jerusalem named Daniel who was captured by King Nebuchadnezzar of Babylon who served in the king’s court until the time of Cyrus, the Persian emperor.

ENTERING THE DEN OF THE LIONS

Then God said, “Let us make mankind in our image, in our likeness, so that they may rule over the fish in the sea and the birds in the sky, over the livestock and all the wild animals, and over all the creatures that move along the ground.” – Genesis 1:26

Fast forward to 1991 AD. Location: Ibadan. A pastor in West Africa attempts to recreate what was narrated in the sixth chapter of the Book of Daniel. Pastor Abodunrin donned a flowing red robe and clutched his big Holy Bible. As he made his way for the lion enclosure, alarmed zoo keepers shouted and warned him (some other records stated that he sneaked in and it all happened very fast while another version has it that he managed to convince one of the zoo keepers to allow him enter and let God demonstrate signs and wonders saying that the God of Daniel is the same yesterday, today and tomorrow).

One thing was clear: Abodunrin did not listen to any of those warning him. Terrified families who were enjoying their picnic looked on with a bewildering mixture of shock and terror, screams rented the serene atmosphere of the zoo but Abodunrin was just chanting Bible verses at the top of his voice and speaking in tongues. He made it into the enclosure of the lions and stared at them. The lions stared back at him. It was a most discomforting sight for everyone, including the lions. An exchange of death stares and at a point, a deafening silence fell over the whole place. It was all like a movie. Devout Christians in the crowd were waiting to see a faith-enhancing miracle while some others toughened their minds for the bloodiest drama of the century.

Driven by the zeal and passion of religion and with the utmost belief that he would be save by the Holy Spirit or that the angels will paralyze the lions as they did for Daniel, Abodunrin did not stop chanting Bible verses and speaking in tongues, wriggling his body under the robes, providing what was the spectacle of the year for everyone in the zoo. A crowd had gathered. But inside the den of the lions, something interesting was going on with the Nigerian Daniel and the feline beasts. As Abodunrin approached them, the big cats retreated and moved towards a corner of their cage, that was their instinct. They withdrew from the marauding ‘man of God’.

At that moment, everyone was watching the entire drama as if it was a dream. Here was a man in a flowing red robe, armed with nothing but a large Bible, approaching some of the fiercest creatures on earth. When Abodunrin jumped into the lions’ cage, the lions moved into a tense retreat. Abodunrin stepped closer.

He seemed determined to cow the lions and turn them into goats. He felt he possessed all the heavenly authority and spiritual powers to summon angels to weaken the lions. The only way to paralyze a lion in an instant is to use a tranquilizer dart, which is just common sense. But the prophet felt things in the physical world are controlled in the realm of the spirits and there was no need for any tranquilizer dart, he would use his copy of the Bible as a sedative for the lions. He brushed off those who warned him of an imminent death that they had carnal minds and could not understand things of the spirit. Rational people in the audience looked on in horror as it looked like a feast was ready.

He might have mistaken the retreat of the lions for a sign of weakness or that the angels were actually working their wonders already. Like a deranged mind, Abodunrin kept chanting Bible verses, making gestures at the lions and commanding them to be still. He was calling on the God of Daniel who saved the prophet in Babylon to show awesome power. As he made a final approach towards the lions, what happened next was…

“No weapon that is formed against you will prosper; And every tongue that accuses you in judgment you will condemn. This is the heritage of the servants of the LORD, And their vindication is from Me,” declares the LORD.

In a flash, the lions lifted their massive bodies and charged at Abodunrin. The Bible flew away and he landed with a thud. A bitter struggle ensued and the terrified crowd could not believe the scene before their eyes. It seemed everyone was too confused or fixated to even do anything.

Pastor Abodunrin could not believe his eyes and as the lions landed on him, the look of terror in his eyes could only be better imagined. In a matter of seconds, he was torn to shreds. He died on the spot and the lions snacked on his remains. A single, well-aimed bite from a lion is enough to kill an adult human being in a matter of seconds. Abodunrin’s red robe was redder with the splatter of his blood all over the place, his torn and bloodied Bible in one corner of the lions’ cage

What remained of the audacious preacher was later recovered and you can see it in the photo. Today, many preachers across the globe have made attempts to recreate the narrated stories and miracles of the Bible but they have ended disastrously, from the pastor who drowned while trying to walk on water to another pastor who entered a lion’s den in Taiwan only to be wounded after shouting to the lions: ‘Jesus would save you!’. Nigerians have to learn to embrace rational thinking instead of beclouding their senses with religious ideologies that will only end in sorrow and offer nothing of value to humanity.

When ebola disease broke out in Nigeria, Pastor Ituah Ighodalo angered not a few Nigerians when he said that even if people drank ebola virus, nothing would happen to them because they were children of God.

In an instant, the story was all over the country that a pastor who entered the lion’s den was mauled to death and consumed by the beasts. Many could not believe their ears. However, there were some Christians who actually believe that the pastor was a true man of God and that the lions were actually possessed by demons to have attacked the anointed ‘man of God’. This set of Christians were enraged and demanded that the lions be killed.

About a year later, I also had cause to comment on the sad and tragic escapade of a pastor who deliberately sneaked into the lion’s den at the University of Ibadan zoo and was mauled to death by a lion. Despite my growing reservation then regarding issues of religion, my interest in writing an article on that issue came primarily from the fact that I am a proud alumnus of the university and paid many visits to that zoo while I was a student there. Immediately after the tragic event, many suggested that the lion be put to death.

I argued in my article, also published in the PUNCH, that the lion was a beast, not a rational being as one would expect its victim to be. That was the way nature programmed it to react to such an event, and the unthinking “Daniel” should have known better. I don’t recall if the lion was eventually destroyed, but I do remember that after the article was published, one of my Christian friends made a comment along these lines: “Akeem, don’t you know the lion must have been possessed to have killed the pastor? Why should it deserve to live?”