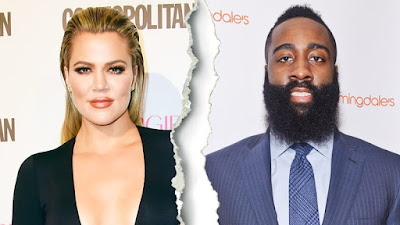 Khloé Kardashian has reportedly dumped boyfriend James Harden. A source reportedly confirmed to Us Weekly that she dumped him weeks ago.

Rumours have been circulating that Khloe had dumped James several times before, after she went back to her estranged husband, Lamar Odom, who nearly died after being found unconscious in a Nevada brothel last October and took care of him.

“James has been great. He’s been very supportive with everything,” she told Ryan Seacrest in November. “I’m sure there was, of course, times that he was uncomfortable with some of the things, but I’m a very honest person and I have nothing to hide.… He’s been great and I’ve been open and honest.”