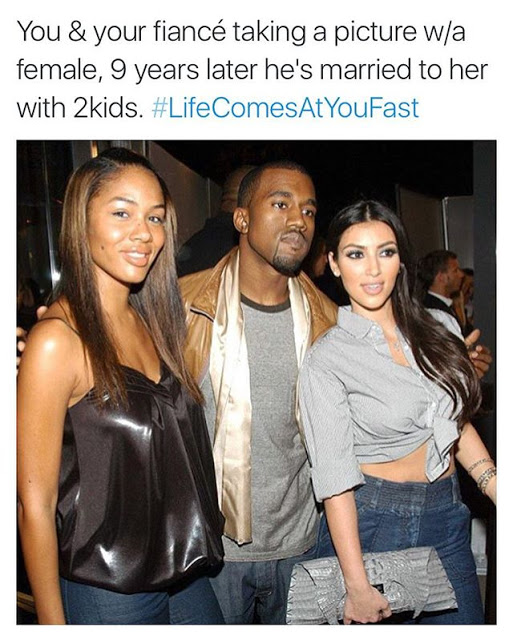 The picture you are looking at is the first photo of Kanye West and Kim K together. If this beautiful lady on the left (Alexis) had known that the lady on the right (Kim) will end up snatching her boyfriend (Kanye), maybe should would not have allowed her take a photo with them that day.

Kanye was engaged to Alexis after dating for years, before he dumped her to marry Kim. #loveisblind