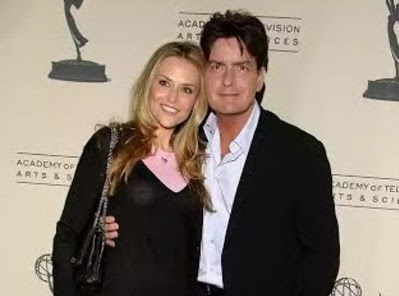 Last month he put his $325,000 Maybach limousine up for sale on eBay. And it’s quickly becoming apparent why he would part with his bulletproof ride, as TMZ reports that Charlie Sheen is complaining that he is essentially out of money and cannot make his child support payments.

The 50-year-old Two and a Half Men star currently pays $55,000 a month to Brooke Mueller, 38, to support their two children, Bob and Max, both six years old.

According to the publication, Charlie had been making $613,000 a month from his Two and a Half Men residual payments.

However, the Platoon star recently had to sell the rights to those residuals for a lump sum payment of $26,750,000, presumably because he needed more liquidity.

It’s not clear what happened to the massive influx of cash, but things are indeed looking bleak for the Anger Management star.

According to TMZ, Charlie now claims to average ‘only’ $87,384 a month, though last month was particularly paltry with only $6,261 coming in.

Normally, his monthly costs come out to about $105,000, $25,000 of which is due to healthcare costs not covered by insurance, though he hasn’t specified what those could be either.

All of his legal troubles and frivolous spending have added up though, as he now states that he owes over $1 million in legal fees and about $600,000 in credit card debt.

The former Wall Street actor neglected to specify how much he could pay, but he’s probably seeking a massive amount of relief, as other financial obligations loom.

Denise Richards, 45, another former wife, is currently suing Charlie for $1.2 million after he had her and their shared kids evicted from their Los Angeles home and then sent them abusive texts, according to court documents obtained by TMZ.

The troubled star allegedly asked Denise and the girls to move into a nearby home he purchased in trust for the daughters.

However, after they moved, Sheen became erratic and abusive and had the family evicted from the property, court documents allege.