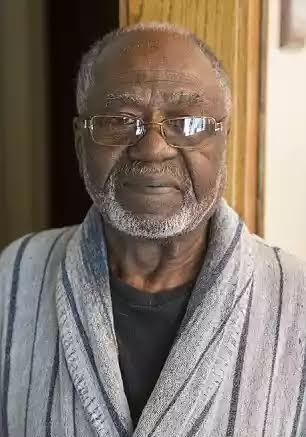 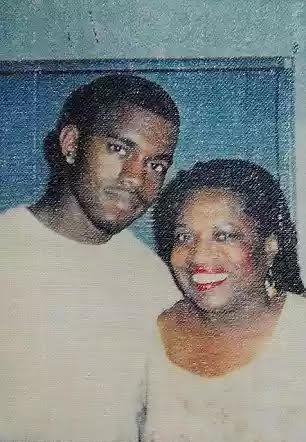 Kanye’s mom seems to be like most Nigerian mom who spoil their kids silly, but dude (stepdad) won’t take it and asked them to live his house twice. I love the story, quite beautiful. Read…

He is known for his outrageous and egotistical proclamations, claiming he will run for president and that he is the greatest living artist in the world.

Now Daily Mail Online can reveal that Kanye West’s self-centered behavior began at an early age and it helped wreck his mother’s relationship with the man who welcomed Dr. Donda West and her son into his home and tried to be a father figure to the teenager.

Willie Scott, in his first ever media interview, told Daily Mail Online that Kanye’s continued refusal to do any chores or obey his simple rules led him to ask his girlfriend to leave his home after living together for four years.

Scott said he and Kanye’s mother Donda, an English professor, split over her refusal to control her son in his home and that the couple even sought professional help to try and save their six-year relationship.

The rapper, he said, would not wholly accept his mother had a new man in her life and did not try to help reform his ways when the relationship began to founder.

Scott, who is 81 and still lives in the same detached house in a Chicago suburb, said: ‘Kanye didn’t want me with his mother or any man for that matter. He was wrapped up into his mother.

‘We went to a counselor to see if we could get him on the right path.

‘But Donda wasn’t interested. She wanted ME on the right path. And that is what the dilemma was.’

He said Donda doted on her only child and had brought him up as a single mom before they met, having split from Kanye’s father Ray when their son was three.

Dr West had moved to Chicago from Atlanta, where Kanye was born, in 1980 and worked at several educational establishments before meeting Scott.

Scott, a mechanics teacher, said Dondra had helped him set up a curriculum for the Simeon Vocational High School in Chicago where he had been working.

The proposed curriculum failed to take off, but their relationship did and after two years she and her teenage son moved into his home with their dog called Genius.

But Scott said he and the music loving teenager did not hit it off.

‘He [Kayne] was about 14. He was a beautiful kid, but he was aggressive and he was self assured.

‘He told me in front of his mother that he didn’t want to have to do anything he didn’t have to.

‘So that left the discipline on me basically. And he wasn’t cooperative. He had to take the responsibility for living here and he wasn’t really willing to do that.’

Disagreements flared between the man who wanted to act as his father and Kayne, with his mother taking her son’s side, said Scott.

‘She would make excuses for him. She would describe her son as a “genius”.’

Scott believed Kanye’s passion for writing rap and spending countless hours and days alone in the bedroom was an excuse for not helping out in the house and felt rap was ‘a fad’ which would pass.

He said: ‘It was a sticking point…for him to take responsibility for the house. It was his house and I told him that.

‘I said “Son, this is your house and you have to take care of it.”

‘But he was not into doing anything but his (rap) work. He did his thing which was doing his music.

‘He was not interested in anything else, not Scott said Kanye would refuse to cut the grass on the lawn and would desist from menial tasks like dealing with the trash or walking the dog.

‘His mother would take the garbage out and he would stuff the old garbage in the can and put a new bag over it because he didn’t want her to say anything to him.

‘He was a very creative kid, but he didn’t want anything to interfere with what he was doing, and that was his music.’

Scott said Kanye was rarely rude to him, but was determined to keep his mother onside and against the man who had fallen in love with her.

Kayne had gotten used to being the only person in his mother’s life and he wanted to preserve the status quo.

But Scott said although Kanye was rarely rude to him, he always relied on his mother’s support.

‘He was the only child and she loved him to death. She was locked into him period.

‘She had him lock, stock and barrel. So it would not have mattered for me to talk to him when she was the one who made the difference.

‘I have three sons of my own and told Donda I had no problem dealing with youngsters and I would treat him like I love him.

‘I said to him early in our relationship that I would do my best to try fatherhood with him as I had three sons and I would have no problem dealing with him. He didn’t believe it.

‘He wouldn’t let it go

‘He never talked back at me or anything. But he says what’s on his mind. It comes from his mom basically.

‘She was restrained but he wasn’t, he would just fly out.

Scott said he was ‘insulted’, however, by some of Kanye’s antics like refusing to clean the bathroom or do other household chores and instead spend hours in his bedroom with his musical chums.

He twice told the teenager his friends were banned from his house until he could accept his responsibilities but Kanye refused.

On one occasion Scott left the house on a Saturday morning warning the youngster not to invite his friends in and to clean the house.

He recalled: ‘I told him to do the chores (like) clean the bedroom and bathroom. But he didn’t do that.

‘I went away for a few hours and when I came back, he hadn’t done a thing.

‘The bath tub had a ring in it and he was busy doing his music. So that insulted me and I told the fellas to leave. I did that on two occasions. I told him you can’t have friends over unless you are responsible.

‘He violated and had friends over anyway. He got upset about that because I put his friends out. I said to him “Listen we need to talk don’t you think?” and he said “No, we don’t need to talk.”‘

There was also anger over Kanye refusing to take care of his pet dog Genius with Scott claiming that the dog would often dig his way out of the yard and go missing.

He said the tension between he and the rapper could have been avoided had his lover been less supportive of her son and more of him.

‘We talked about the fact that she didn’t discipline him. We went to a counselor to try and get things smoothed out. But her mind was on him being a millionaire.’

He said Dr West would often describe her son as a ‘genius,’ instilling a no-nonsense confidence in him and appreciating his love for music and writing.

He added: ‘He was the only child and she loved him to death. She was locked into him period.’

With Kanye in the middle between them, Scott said he realized after four years living under the same roof that the relationship could go no further.

‘Eventually I asked that he and Donda to move out.

‘He had to take the responsibility for living here and he wasn’t really willing to do that.’

Dr West died in November 2007 at the age of 58 after being admitted to a hospital in Marina del Rey, California. Her health began to deteriorate following a cosmetic plastic surgery procedure.

Scott added: ‘The way she died was seriously flawed. Previously,she didn’t care too much how she dressed. She would dress in flabby clothes and didn’t particularly care how sharp she was.

‘But once she got into the money, she had her breast augmentation and her tummy tuck. She was becoming Hollywood.’

He said he felt a ‘tremendous loss’ when Dr West passed away.

‘Trust me Kanye was dynamic, but she was more so. She was a real go-getter and I have lost a good friend. ‘

He had attended her funeral in Oklahoma City and added: ‘It was packed. I saw him (Kanye) briefly and he introduced me to his girlfriend.

‘Later on, he was with his group and I went over to hug him and he kind of pushed (me) off, so I knew I had to get away from him. We have not had any interaction ever since.’

Last summer the star, who has two children with Kim Kardashian, said he believed his mom would have still been alive if it were not for his career.

Scott said he was proud of Kanye’s achievements, but admitted he did not have much faith in his music when they lived under the same roof. 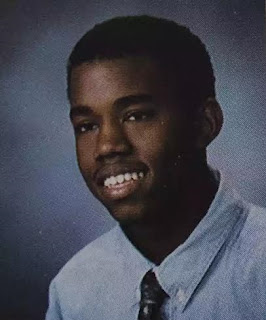 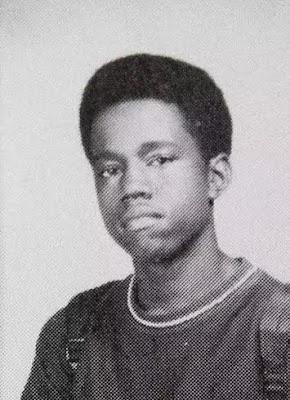 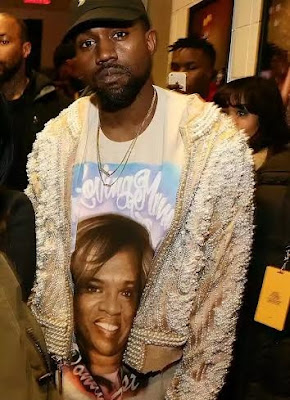