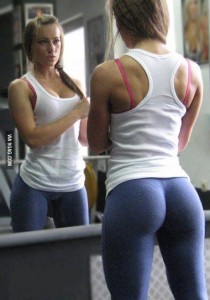 Stop being a doormat.

You’re a great person. Trouble is, you don’t realize it. You’re too busy undermining your own worth that you’re not questioning how others treat you. In your eyes, people treat you badly because a) you think you deserve it, or b) you think you keep having “bad luck.”

If you’re always the one that people ask things for without giving back anything in return, you’re what they call a “doormat.” Do people get away with murder when it comes to you? Are you frequently left picking up other people’s messes? Do people just expect that “you’ll do it”?

If you answered yes, you’ve got no self-respect and are letting people walk all over you.

2. You lose yourself over a relationship.

Do you date men and then in the process, completely forget who and what you are? Do your values go totally by the wayside with the new guy, and do you find yourself doing things you wouldn’t normally do? Are your friends commenting on how much you’ve changed and they aren’t saying it in a glowing manner?

You’ve forgotten who you are and have lost your identity, because you have no self-respect and boundaries in order to stay true to who you are. It’s sad.

It’s because you’re dying for validation that your low self-esteem cannot provide. Instead, you sink to becoming an image or symbol in order to gain attention, which isn’t the same as love. You lack self-respect and self-love.

4. You indulge your bad habits in excess.

You go out of your way for someone who would do nothing for you. That’s a big sign of a complete and utter lack of self-respect.

The writing is on the wall, though, and it’s clear that these “partners” aren’t kind to you. It’s painful for your loved ones to see that you have such little self-respect for yourself.

7. You have desperate, casual sex.