President Muhammadu Buhari will this week make his first visit as president to Nigeria’s oil-producing south, which has been riven by an upsurge in violence from militants, his office said Tuesday. 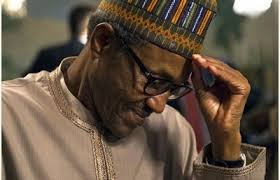 Attacks on pipelines and other infrastructure have cut Nigeria’s oil production to some 1.4 million barrels per day, exacerbating revenue shortfalls caused by the global slump in crude prices. But a media aide to Buhari said the president would travel to Ogoniland in Rivers state to flag off a long-awaited clean-up of the area, which has been affected by oil spills.

“All things being equal, the president will be in Ogoniland on Thursday for the historic clean up of the area,” the aide told AFP. In August 2011, a United Nations Environment Programme (UNEP) report said Ogoniland may require the world’s biggest-ever clean-up. Environmental devastation to farming and fishing in the area has for many come to symbolise the tragedy of Nigeria’s vast but squandered oil wealth.

Decades of crude production filled the pockets of powerful government officials and generated huge profits for oil majors but corruption and spills left the people with nothing. Neglect and pollution fanned local resentment and anger, prompting militant groups to take up arms against the government in the 2000s.

Attacks on oil facilities and personnel were frequent. The violence was ended in 2009 when the government introduced an amnesty programme. But a new group calling itself the Niger Delta Avengers has renewed attacks since the beginning of the year.

Sporadic bombings of key pipelines run by Nigerian subsidiaries of Anglo-Dutch group Shell, US firm Chevron and Italy’s Eni, as well as the Nigerian National Petroleum Corporation. On Monday evening, the group warned in an email and in a statement on its website that more devastating attacks were to come.

“To the international oil companies and indigenous oil companies, it’s going to be bloody this time around,” it said. Buhari said on Sunday he would keep and “re-engineer” the amnesty, apparently reversing previous policy to wind-down the programme by 2018.