A Chinese national, Sunk Kun, has been arrested by the Lagos State Police Command over an alleged attempt to assassinate his Nigerian business partner. 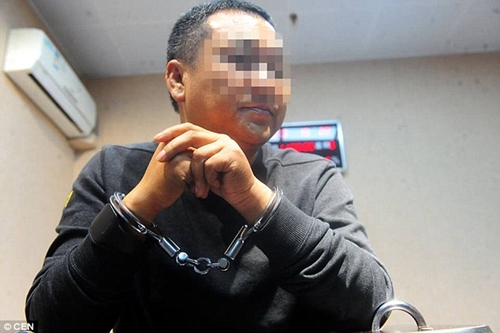 Kun, who has been resident in the state for 5 years, was reportedly arrested after one of the assassins who he paid N1.4 million to
kill his business partner, was arrested.
The state Commissioner of Police, CP, Fatai Owoseni, made this known on Saturday while parading the suspects, Channels Television reports.

According to him, the majority of the money paid to the hired assassin has been recovered.

“He had recruited a fellow who is his co-accused to go and help him recruit more people in order for them to kill the Nigerian business partner that he had a misunderstanding with and he had paid the sum of N1.4 million for the assignment,” the CP confirmed.

But on interrogation, Kun denied ever wanting to assassinate his Nigerian business partner.

He said, “This Nigerian man, many years ago, he did business with my company. He owed me money and is a fraudster.

“I don’t want to kill him but he wanted to kill me. This guy says he can do voodoo for me.

“The money is not for assassination, it is for juju, and no one will be able to kill me,” the Chinese man confessed.