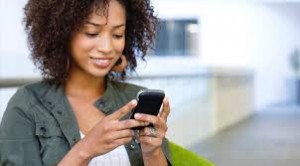 We have discussed the text messages a man should never send to anyone. Its time to give the married women a piece of our mind on this too.
Marriage is an adjustment, and learning what’s no longer appropriate once you’re a married woman is critical. These seven seemingly innocent types of texts can damage or completely destroy even the healthiest relationship if left unchecked.

It may have been years since you dated. You may feel that all romantic feelings are dead; but at one point in your life you and him were everything to each other. Even a simple text can slowly reignite inappropriate feelings. Never text your ex (even if it’s just to say hello). It’s just too dangerous.

2. The husband trash talk
How would you feel if you found out your husband told his friends about your biggest weaknesses? If he exploited your worst moments as a way to prove to his friends how much he puts up with? Bad-mouthing your spouse to anyone is completely toxic to your relationship.

If you have to vent about your spouse, write it on a piece of paper (and then later throw it away); but don’t ever use texting as a way to voice your frustrations to a friend.

3. Shoving-him-under-the-bus excuses
Be cautious how you use the, “I can’t come, because my husband won’t let me” excuses. If you’re frequently saying he is the reason you can never do anything you want to do, you might start to believe it (and your friends certainly will).

4. The passive-aggressive snipe
f you’re angry at your spouse, take some time to cool down, and then call him. Texting is never a good way of expressing your frustration. Your tone of voice is impossible to interpret through a text message. You risk either typing something hurtful you’ll later regret (and is now permanently written down), or him not realizing you are upset and reacting improperly.

Gossip hurts, even if the person being gossiped about never hears it. It tears down everyone involved. A married woman is grown up enough to know that there should never be room for gossip. Being married doesn’t mean you give up on your other relationships — keep your friendships healthy too.

6. Flirty text responses to a guy friend
Just don’t. Nothing good can come from this.

7. Inside jokes to a guy friend
Co-worker, old friend, neighbor, husband’s buddy – no matter who it is, inside jokes are something that should stick with you and your husband.

With any conversation you have, ask yourself how your husband would feel about this if he were reading it. If you don’t know, ask him. If you’re uncomfortable with him finding out, stop it immediately.

Wives, you love your husband. You love your friendships. Don’t risk these precious relationships because of a few careless texts. If you’re doing any of these things, there’s time to stop right now.