Legendary fuji singer, KWAM 1 is one of the most famous musicians to come out of Nigeria. 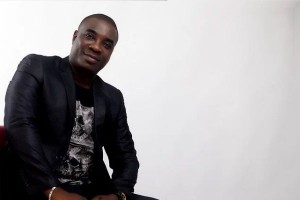 However, it’s clear the veteran singer likes to keep things on the down-low, for reasons known to him.

Surprisingly, K1 as he is popularly called decided to break that bound by addressing a major issue among the affluent in Nigeria.

He took to social media to share this photo of himself aboard Lufthansa Airlines flight from Newyork via Frankfurt to Lagos with an advice to Nigerians to spend their money as they would not take a kobo to heaven. 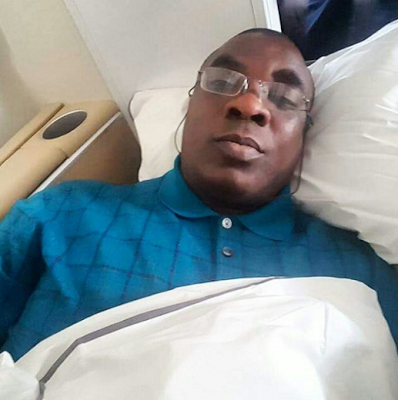 “Honestly we need to discuss this, why people use the word “OLOWO LOMA KUUREE”. When I was a young man in my 20s, many things people just seeing me do today I have been doing.. like travelling abroad on FIRST CLASS or PRIORITY CLASS.. One thing I never liked in my life is, why I should have to wait until some class of people get out of an aircraft that took all of us to the same destinations… They would say “OLOWO LOMA KUUREE”

“When we used to travel those days in the past to places like London, Rome, Italy, France & Madrid in Spain… Very serious people studying HARD goes to Germany or USSR Soviet Union then but now Russia… Hmmmmm Oju tin laasiii. AMERICA is ORUN Kalo -Kabo..
Gone were the days my people…
I remember vividly one of my Holiday Trip to london England, I was to stay in my friends house then on Queensbridge Road London S.E …Late Gabisiyu Alani Aderemi, may God forgive his soul, UK Immigration follow me to his house that evening to know whose Address I was trying to describe for them… That evening I felt proud when Alani came out with his wife then, my darling sister Hadja Basirat Abimbola Dada to say they were my host on that trip.. Why because, how come a man flying on First Class could not properly describe where he was going.. Honestly “OLOWO LOMA KUUREE”
But the truth of it is that, many has that money but either refused to spend it for a best reasons known to them or just out of “STINGYNESS”
Emii ole wa so owo ntemi ooo…
Baa nowo kope kowo o tan
Bako baa nowo, kope kowo maa tann
Bibeli iwe Mimo tii soro “Asiwere N ko orojo, lai komo eniti yio maaa..
King of World Beat ( King Sunny Ade ) has said it in one of his beautiful songs & it goes thus
“OLOWO AA JOGUN OWO, AA JOGUN IYI, ATUN DII GBAJUMO LODE, ASIRI WON ONI TUU” conclusion my people, please spend your money well and remember you will not go to heaven with a kobo out of it..
Lastly “Maaa jaiye ooni ooo, mio meyin ola ooo,
Maaa jaiye ooni ooo, mio meyin ola ooo”
Have a good evening aboard Lufthansa Airlines flight from Newyork via Frankfurt to Lagos Nigeria.. AIYE SHI NLO Noni…..”.