FC Barcelona and player Alex Song have reached an agreement to mutually terminate the defensive midfielder’s contract with the club. 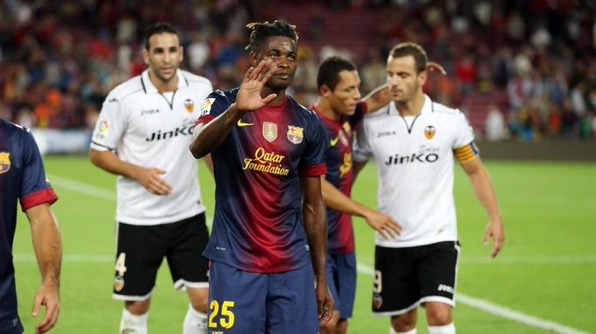 In a statement, the Spanish champions wished the Cameroonian luck and much success in what follows of his professional career.

The Cameroonian made 65 first team appearances in 34 games in the 2012/13 season under Tito Vilanova and a further 31 in 2013/14 when Gerardo Martino was in charge. In 65 games in total, he scored one goal – against Real Zaragoza.

The player has however joined Russian side, Rubin Kazan on a free transfer. A post on the club’s official Twitter account said simply: “Alex Song is now officially a Rubin player, after signing his contract today.”