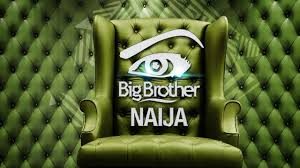 February 15, 2017, was an interesting day in the Big Brother Naija house.
From Banky W’s visit to the housemates hilarious diary sessions, check out eight things that happened on day 24 of Big Brother Naija.

1. Biggie had Banky W as the third surprise guests to visit the Big Brother Naija house.

3. Jon who admitted to Biggie that he felt he was losing the plot was given new tasks to break up with TBoss and start flirting with another Housemate. He was also tasked with stealing something from TBoss and placing it in the store room for Biggie to keep.

4. During her session, Gifty said she wasn’t really feeling the kissing festival. She also complained about Ese’s leadership style.
Finally, she said she didn’t like Biggie’s surprise guest Banky W, as she felt he was proud and full of himself.

5. TBoss said kissing Jon didn’t feel as good as she had hoped. She was quick to add that the reason might have been because everybody was watching them. She is however willing to kiss him again.

6. Kemen said he believes Uriel was really into him and the feeling was mutual, as she seemed to understand his every nuance and tick.

7. Efe thinks the kissing festival is a waste of his time and saliva. He also said he likes Ese’s assertive leadership style.

8. Uriel confided in Biggie that she was disgusted with the kissing festival. She also said that she only saw Kemen as her brother.
She admitted to being very attracted to Bassey but he wasn’t taking the bait, even though she intentionally flirted with him from time to time.
source: pulse.ng