Distorting of the Nigeria flag may attract a fine of N100,000

The House of Representatives is about to pass a bill for a law to provide a 100, 000 Naira fine for people who distort the country’s national flag. 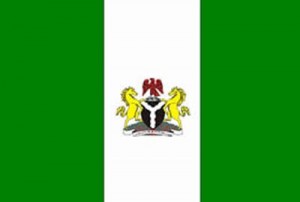 The bill passed second reading at the House on Thursday.Sponsor of the bill, Rep. Sam Onuigbo (Abia-PDP) in the debate said the bill sought to amend the Flag and Coat of Arms Act 2004 and would make further provisions to preserve the country’s national heritage.He said there had been surreptitious effort to change the national flag as many public and private offices constructed the Coat-of Arms on it.Onuigbo said that the offices even included official photographs of governors, ministers, and even national assembly members in the designs.According to him, it is important to declare that any addition, subtraction or superimposition outside the version designed by Pa Michael Akinkunmi in 1959 is not the Nigerian flag.He explained that the bill aimed to amend Section 7 of the principal Act by inserting new paragraphs to provide for stiffer penalties for offenders.According to the lawmaker, Section 10 of the principal Act is amended by removing the fine of 100 Naira and replacing same with the sum of 100,000 Naira.

Share
Facebook
Twitter
WhatsApp
Previous articleNigerian driver rapes a 48-yr-old “mad woman” left in his wife’s care (Read)
Next articleMan’s Face & Nose Sliced Off While In A Fight With His Ex Girlfriend’s Lover (Graphic PIC)
- Advertisement -Ad ==> Discover how a young Nigerian graduate now makes a consistent 40k per week doing a legitimate online business. You too can start yours now, click here!!!