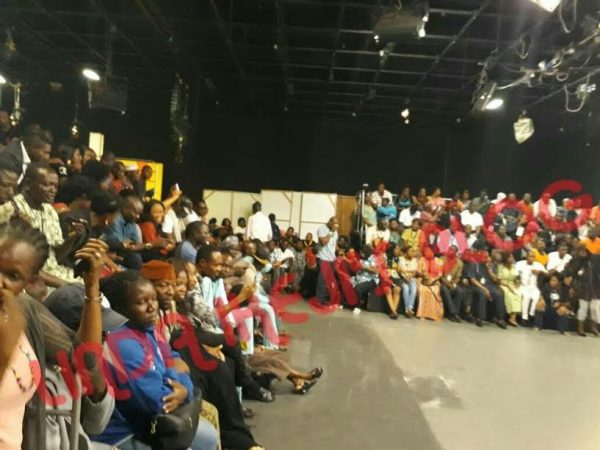 The management of Continental Broadcasting Service, owners of Television Continental, TVC, this morning sacked 145 members of its staff, according to LIB.
TVC is owned by National Leader of APC, Bola Tinubu. Giving reason for the mass sack, the management said it wants to cut cost due to over bloated workforce.
The media house in its downsizing, also shut down one of its TV station which is the TVC News Africa.
The photo above shows the sacked workers being addressed by the management just before they were dismissed. They were however paid their entitlements as they were disengaged.