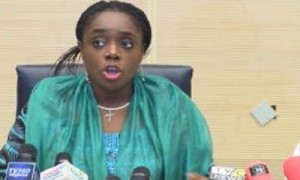 The Federal government has revealed its plans to investigate the tax payment status of 150 firms/individuals in order to expose tax defaulters, according to the Minister of Finance, Kemi Adeosun, made this known in Lagos revealing that the investigators would rely on information derived from BVN, records of property ownership, records of foreign exchange allocation, and records of company ownership from the CAC, among others, to ascertain the income status of the companies/individuals vis-a-vis their lifestyle.

She added that findings from these statistics would be computed, and compared with how much tax the person/company is paying to know if the right taxes are being paid or not.

“You can register a high-end car. It tells me something about your income. So we look at your tax returns. If you registered Mercedes E-Class and you are paying N100,000 tax, then something is wrong. Those are red flags. We now have the capacity to assess people accurately.

No one would be left out in the campaign to enlarge the tax net as the response being received so far showed that people are embracing the tax policy.

Some beggars are earning millions, and the government would even look at their lifestyles and tax them because even proceeds from begging are taxable. You are supposed to pay taxes even if your means of income is begging.

We are trying to build an economy where we have oil and other things. It is going to be oil plus and wider economy. Tax is a matter of law and Nigerians should continue to pay.

The resources will be used judiciously because when people pay taxes, they get involved. When people do not pay taxes, when you call for budget meetings, they will not come.

But when they pay their taxes, if the government says these are the projects we want to execute on the budget, people will show up because they have contributed to the tax revenues,” she said.