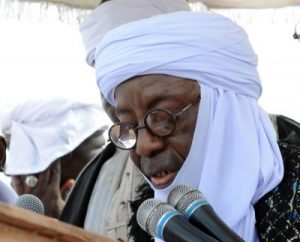 The Chief Imam of Lagos, Haruna Akinola, has been confirmed dead, he passed away on Sunday after a brief illness.

According to reports, Mr. Akinola died at the Lagos University Teaching Hospital, LASUTH, a source said.

Reacting to the cleric’s passing, the President of the Muslim Students Society of Nigeria, MSSN, in Lagos State, Saheed Ashafa, described him as a worthy leader.

Mr. Ashafa urged other Islamic leaders to emulate the deceased, saying that his promotion of unity was outstanding.

“He was indeed an epitome of unity for the Nigerian Muslims and a worthy father for all. He would be remembered for keeping Muslims together in the state and beyond.

“Although, the vacuum he left behind may appear difficult to fill but his legacy while alive would create a source of guidance for the Muslim community. May Allah accept his as one of the righteous,” Mr. Ashafa said.