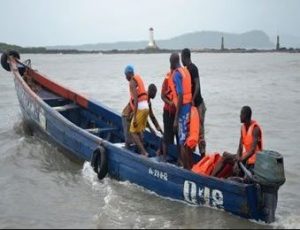 An eyewitness, Peter Okon, said the drowned pupils – Aniekan Harry and Uche Okoli – hailed from Uruan and Eastern Obolo LGAs. He added that the incident occurred around the hours of 11am to 12pm on Thursday.

A pupil, Owen Oscar, said him and seven others had left school that day without telling the school’s management where they were going.

He stated that many of them did not do their first term examinations as they left for a football match against one of their rivals, which was later postponed.

“But some of us were not in school that day to write examination. I went home, changed my clothes, and left for one of our friend’s house (Elijah), to tell him of the match postponement.

“We all agreed to go to Qua River close to Hospital Road, Eket to play football. When they finished playing football, the victims said that they were tired and they wanted to swim in the river,” he said.

According to him, they advised the victims (Harry and Okoli) not to go but they refused and went ahead to swim in the river.

He explained that he and other pupils asked them not to go to the river, that the river is too deep for them to swim, but they asked to be left alone.

He said, “Then, I told them to wait, let everybody swim together but they insisted and went ahead to swim while the six others were watching them. But a little while after, we did not see them anymore.

“The marine policemen advised us to go to their parents and tell them what happened and return their bags to their houses,” he said.

A principal of the school, Asuquo Ekong, who confirmed that two students drowned in Qua River, said a female teacher called him in the night of the incident to inform him of the sad occurrence.

“I have interrogated them but they are giving me conflicting versions of the incident,” Ekong said.

The principal said the school management was not aware of the match between his school and the rival school.

Ekong noted that if there were to be any match, the rival school would officially write to inform the school.

A relation to one of the victims, Mrs. Mercydonia Harry, alleged that the six students who survived went to initiate her brother into cultism.

She described the incident as worrisome and so pathetic, saying that the duo was innocent.