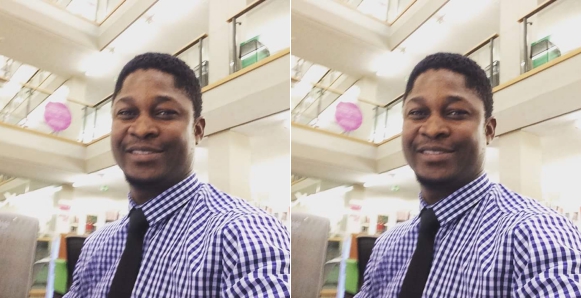 A Nigerian man has exposed the plot of some educated Nigerian men to destroy the future of “beautiful”, ” intelligent” and “career-oriented” women.

Darren Idongesit, a Nigerian writer, met some educated friends of his at a pub and when they started discussing, he was shocked by the words that came out of their mouths.

According to him, there are men whose aim is to “decommission” women who have huge prospects. They chase after the women, endure all insults and humiliation, act like the perfect man, all with the aim of getting the woman pregnant. When the woman is pregnant, they lead her on up until the time it is no longer safe to terminate the pregnancy, then they abandon her.

Warning women about this plot by some men, Darren wrote: 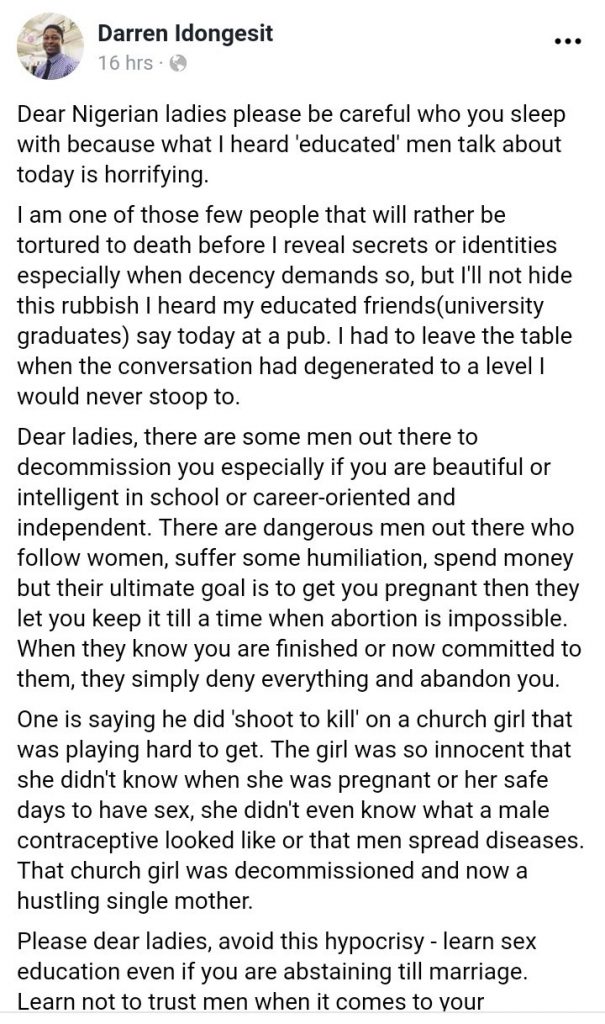 Dear Nigerian ladies please be careful who you sleep with because what I heard ‘educated’ men talk about today is horrifying.

I am one of those few people that will rather be tortured to death before I reveal secrets or identities especially when decency demands so, but I’ll not hide this rubbish I heard my educated friends(university graduates) say today at a pub. I had to leave the table when the conversation had degenerated to a level I would never stoop to.

Dear ladies, there are some men out there to decommission you especially if you are beautiful or intelligent in school or career-oriented and independent. There are dangerous men out there who follow women, suffer some humiliation, spend money but their ultimate goal is to get you pregnant then they let you keep it till a time when abortion is impossible. When they know you are finished or now committed to them, they simply deny everything and abandon you.

One is saying he did ‘shoot to kill’ on a church girl that was playing hard to get. The girl was so innocent that she didn’t know when she was pregnant or her safe days to have sex, she didn’t even know what a male contraceptive looked like or that men spread diseases. That church girl was decommissioned and now a hustling single mother. 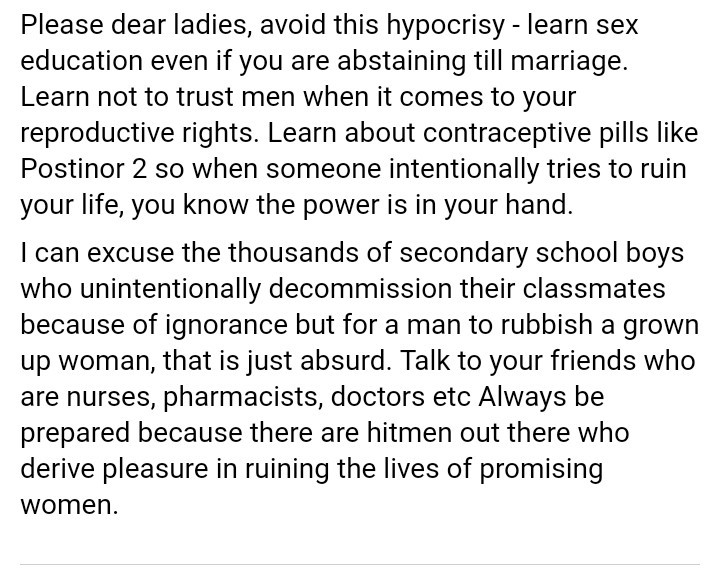 Please dear ladies, avoid this hypocrisy – learn sex education even if you are abstaining till marriage. Learn not to trust men when it comes to your reproductive rights. Learn about contraceptive pills like Postinor 2 so when someone intentionally tries to ruin your life, you know the power is in your hand.

I can excuse the thousands of secondary school boys who unintentionally decommission their classmates because of ignorance but for a man to rubbish a grown up woman, that is just absurd. Talk to your friends who are nurses, pharmacists, doctors etc Always be prepared because there are hitmen out there who derive pleasure in ruining the lives of promising women.