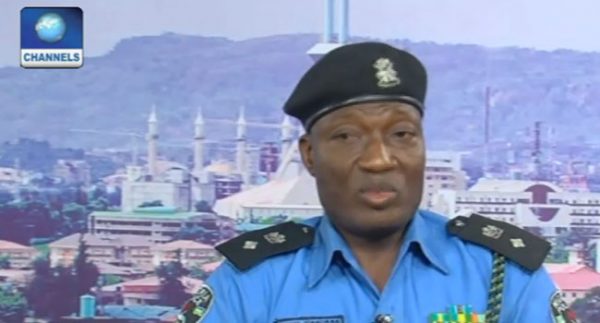 The Nigerian Police have summoned Senate President Dr Bukola Saraki, Senators Dino Melaye and Ben Bruce, and other leaders of the Peoples Democratic Party involved in a protest on Friday.

The senators and other leaders of the PDP took to the streets of Abuja, to protest over the outcome of the recently concluded Osun State Governorship election, which they described as a farce.

They marched to the headquarters of the Independent National Electoral Commission (INEC), and subsequently, proceeded to the Police headquarters where according to the Force Public Relations Officer, Ag. Dcp Jimoh Moshood, they tried to attack some officers.

Moshood in a statement, described the act as unruly and unlawful and therefore, summoned the party members who he said were caught on camera.

“Senator Bukola Saraki, Senator Dino Melaye and Senator Ben Bruce who were captured on camera to have been involved in the disturbance of public peace and public safety, unlawful blockade of Shehu Shagari way for several hours preventing motorists, road users and other members of the public from having access and passage on the highway thereby disturbing public peace and public safety and causing innocent people to scamper for safety and violent attack on Policemen posted to ensure security of the Force Headquarters, pushing and hitting the Policemen to forcefully enter the Force Headquarters to cause damage to Police equipment and Government properties are hereby invited to report themselves to the IGP Monitoring Unit at the Force Headquarters on Monday, 8th October, 2018 for investigation,” the statement read in part.

The senators and party leaders were teargased in the heated protest leading to condemnation by many.