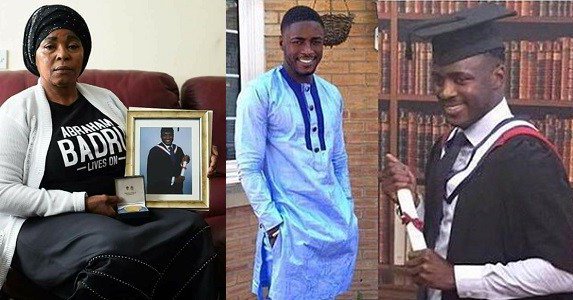 Detectives investigating the fatal shooting of 26-year-old Abraham Badru in Hackney, London have arrested a woman on suspicion of conspiracy to murder.

Abraham Badru was shot near his home in the UK. The 18-year-old female suspect has been arrested today, Thursday, 22 November (today) and remains in custody.

A £20,000 reward remains on offer for anyone with information leading to the arrest and prosecution of those responsible for Abraham’s murder.

Police were called on Sunday, 25 March to Ferncliff Road, E8, following reports of gunshots heard. Abraham, a personal trainer, was found suffering from shotgun injuries and died at the scene from a shotgun wound to the chest.

Detective Chief Inspector Noel McHugh, leading the investigation from the Homicide and Major Crime Command, said: “It has been eight months since Abraham was gunned down on the street in Hackney and we have been working tirelessly to find out what happened that night and bring those responsible to justice. We have followed up more than 600 lines of enquiry and viewed 200 hours of CCTV footage.

“We have been piecing together the details of Abraham’s life and making good progress and that has led to this arrest today. The arrest is as the result of a separate line of enquiry, not linked to the rape trial Abraham previously gave evidence at.

“However, despite the progress we are making, there are still significant gaps and we urgently need the help of Abraham’s friends and anyone else with information to come forward. There remains at least five potential witnesses on the street that night who have not come forward and there may be others who have information they don’t think important but could be crucial for us in filling in the picture of Abraham’s life.

“We believe Abraham had a number of girlfriends and we are keen to know who they were. It is possible that he may have been seeing someone who was in another relationship, and I’m appealing for anyone with this sort of information to contact me.

“Did Abraham confide in you about his worries? Did you notice any change in his behaviour? I know that this could be tricky, but I assure you we are solely interested in piecing together Abraham’s life.

“We also really need to hear from anyone who saw a male cycling in the area around the time of the murder on a white bicycle – this could be the killer. Help us catch him.”

Moments after the shooting, a black male believed to be wearing a black Puffa-type jacket made off from the scene on foot, before getting on a bicycle; he had rucksack on his back. The bicycle is described as white and didn’t have any lights.

Officers believe there are still a number of witnesses to be traced and previously released a timeline of Abraham’s final movements in a bid for them to come forward.