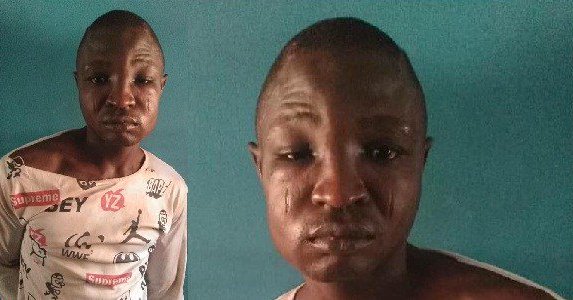 An Ogun State Based Butcher identified as Shina Kasali has been arrested for allegedly beating his wife Sofiat, to death on Saturday at their Agbado residence.

Shina, who became livid by the accusation, was said to have stopped his wife from going to fetch water which escalated the already tense situation between them, He later beat her to coma.