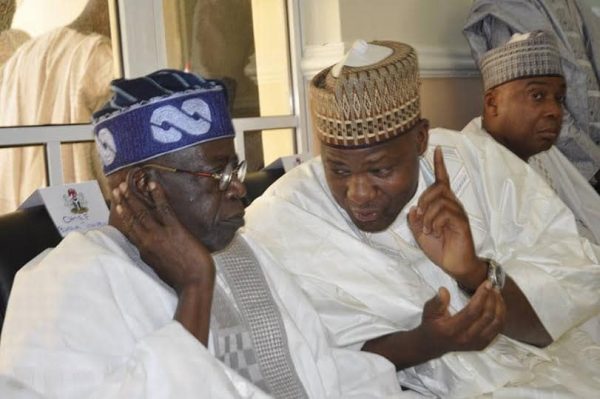 Yakubu Dogara, the Speaker of the House of Representative and a staunch Peoples Democratic Party(PDP) has fired back at the National Leader of the ruling All Progressive Congress(APC), Asiwaju Bola Tinubu, over his statement that both Dogara and Senate President Bukola Saraki are involved in budget padding.

Dogara who replied Tinubu through his Special Adviser on Media and Public Affairs, Turaki Hassan, said Tinubu needs to be circumspect in his use of language and equally slammed him by describing him as a spokesman of depravity.

“we advise Asiwaju Tinubu to be circumspect in his use of language. In this case, he spoke as a spokesperson of depravity,”

“Our reaction must, therefore, be seen as a provoked counter-punch. Anyone can descend into the gutter if he so wishes but no one has a monopoly of gutter language.”

“We won’t run an adult day care center anymore on matters like this.”

Not done with the missle, he equally questioned the authencity of Tinubu’s academic certificate by saying

“The legislature cannot be accused of padding a budget it has the unquestionable constitutional power to review. The budget is a law and the Executive does not make laws.”

“Therefore, it’s only the ignorant and those who hold dubious academic certificates that say the maker of a document has padded the document that only he can constitutionally make.