Founded on August 29, 2003, Globacom today has 52.6 million subscribers, which is 26.82 per cent market share, according to Nigerian Communications Commission (NCC) statistics in June.

It comes as no surprise that the successes Globacom have recorded in the last 16 years are reasons 52.6 million subscribers appreciate the several innovations and giant strides the company has brought to the country’s telecoms space.

With its quality service delivery, Globacom is set to be a big player on the continent. This is evident in its vision statement: “Building Africa’s biggest and best telecommunications network.” and its mission statement: “To be the largest, most successful entertainment, information and telecommunications solutions provider in Nigeria and Africa.”

In recognition of its positive contributions, Globacom received kudos from the International Telecommunication Union, an agency of the United Nations.

For the benefit of its subscribers, Globacom crashed the cost of SIM card from N25, 000 to N200 and further reduced call tariff from N50 a minute to as low as five kobo per second.

The firm was the first operator in Africa to launch its operations on the 2.5G network in 2003. The company subsequently introduced 3G Plus technology in Nigeria.

Glo — which currently has close to 4000 direct employees, and has also created thousands of jobs in indirect employment — has fulfilled it brand promise to subscribers with its tandem: “Glo with Pride”, “Rule your World”, and “Unlimited”. 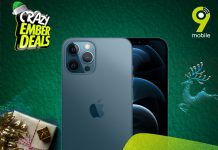 Get up to 99% off your dream devices, electronics this Christmas with 9mobile Crazy Ember Deals 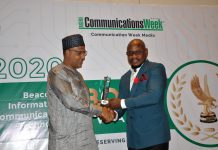