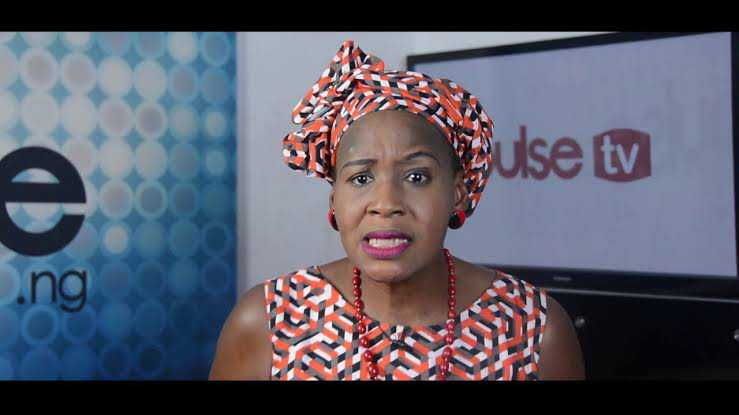 Some few hours ago, the Nigerian controversial self acclaimed Investigative journalist Kemi Olunloyo took to her Twitter handle, calling on the federal government to shut down all social media platforms in Nigeria against EndSars Protesters.

According to her, she claimed that China did it, Turkey did it, Togo did it, that Nigeria government can do it too. 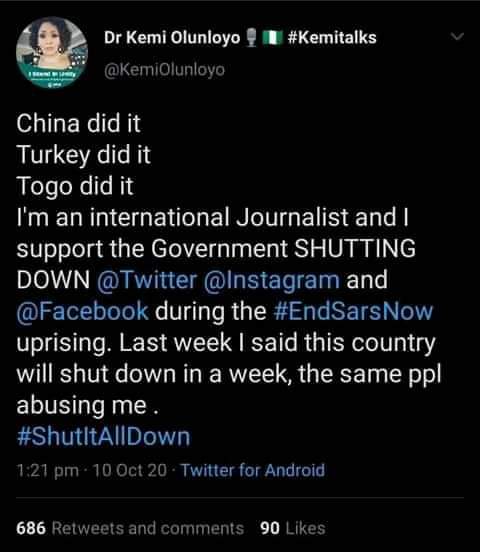