Roland, one of the victims of Lekki tollgate shooting has reportedly stolen from one of the nurses taking care of him at a private hospital in Lagos. 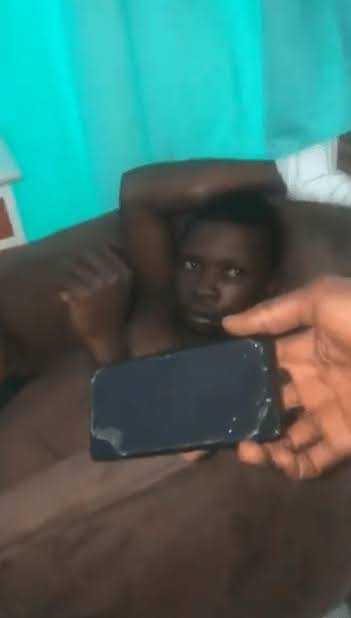 In a video that has since gone viral, Roland allegedly stole the phone of the nurse that has been attending to him for four days, and reportedly hid the device in his pant

According to the video, someone even offered to pay for Roland’s cab fare back home

According to the social media user who shared the video, no one came to look for Roland even as he has been on admission in the hospital.

One of the #EndSARS Protesters

He was a casualty from the Lekki imbroglio, he had been on admission in the hospital for about 4 days and no one had looked for him. The hospital treated him at no cost & on the 4th day, he showed his appreciation by stealing the phone of a nurse. pic.twitter.com/BA9tjidmst