A Twitter user with handle @MrOdanz has narrated how a woman allegedly ‘abandoned’ her daughter at the EndSARS protest venue, while promising to come the next day for her. 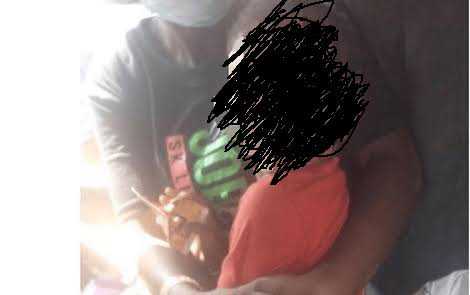 She however came back for her daughter after being called out by the protesters who were angry with her action. 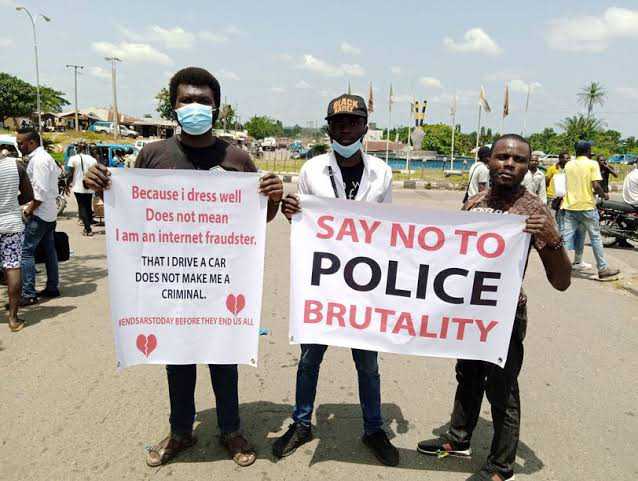 Read the tweets below;

A woman abandoned her little girl with the medical team at the Abuja protest today and disappeared. The team was finally able to reach her by phone so she can come pick up her “missing” girl. She said she will pick up her daughter tomorrow.Strangers can keep her for the night

Update: She finally came to pick up the baby after they swore for her. Because that is a weyrey behaviour.This woman left that girl for hours.I was there when she was first picked and she was with the medical team for hours.They were even using the ambulance to make announcements 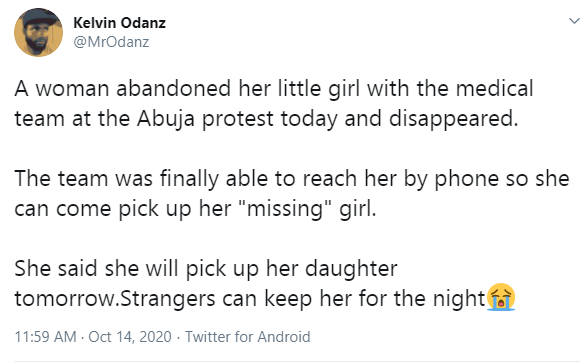